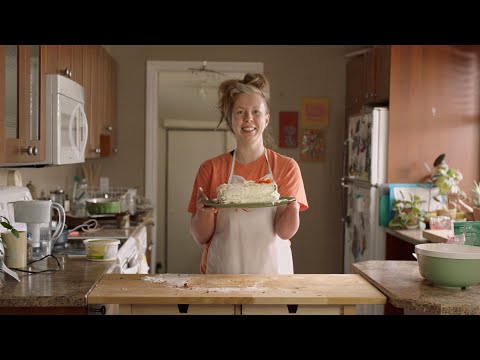 Alexis Hillyard (she/her) is a queer and disabled YouTube Creator, self-taught vegan chef, entrepreneur, and a parent of an energetic toddler. Born without her left hand, Alexis uses her stump as a kitchen tool – from spatula to juicer – while expanding the vocabulary of what’s possible in the kitchen each week on her YouTube show ‘Stump Kitchen.’ Stump Kitchen is a YouTube series that celebrates body diversity, gluten free vegan cooking, and the amazing, unique ways we move through the world. In 2016 & 2018, Stump Kitchen won Best Food Blog in VUE Magazine’s Best of Edmonton, Canada.

In 2017 Alexis was named the first Canadian Ambassador to the Lucky Fin Project, an organization dedicated to limb difference awareness, education, and celebration. Alexis was also awarded the Meritorious Service Medal from the Governor General of Canada for her Stump Kitchen work, which is one of the highest honours that Canada can bestow on its citizens. She is well known for her advocacy to bring awareness and create safe spaces for Gender, Sexuality and Disability Inclusion.