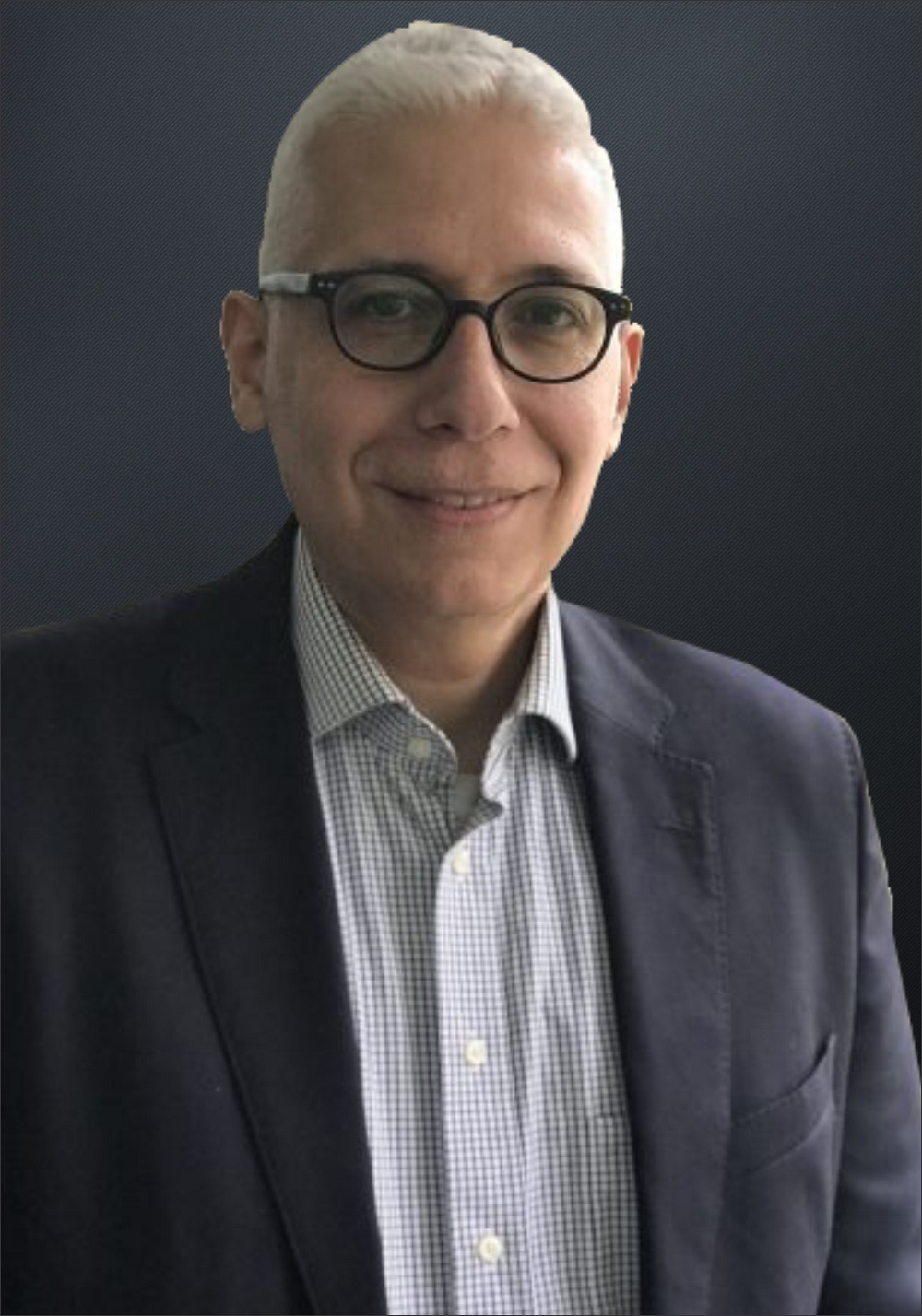 Albert Zbily
Leadership, Productivity and Collaboration Expert
Ratings:
Travels From:
Montreal, Quebec
Language Spoken :
Motivational keynote speaker, Albert Zbily is a former Economic advisor to the US State Department & former Economist for the Canadian Department of Finance. Albert Zbily is the principal and founder of a Consulting Group and the founding chairman of the International Federation of Corporate Football (FIFCO). Albert spent the last 10 years building the federation which culminated with the first World Corporate Champions Cup in 2018 in Montreal. As the founder of International Federation of Corporate Football, Albert knows the ins and outs of what it takes to grow and sustain within the non profit sector.

Albert Zbily is Principal and Founder of a management consulting group specializing in International Business Development. Albert is a former Economic advisor to the US State Department on Canada/US Trade Relations and a former Economist for the Canadian Department of Finance, where he headed the Latin America bureau assisting in Canadian trade relations. Mr. Zbily, was the Québec bureau chief of the Canadian Chamber of Commerce and has also worked for the World Bank in the Middle East and was the former Resident Advisor for USAID in Agadir, Morocco. Albert teaches International Business Policy at McGill University in Montréal, Canada.

Albert started his career at the World Bank and was a resident advisor for USAID in Morocco before accepting a  position with the Canadian Department of Finance managing Canada’s Financial relationship with the Inter-American Development Bank. As an entrepreneur – Albert has worked in various business ventures for over 10 years and has successfully brought a private sports management company to dominate the Canadian landscape. In March 2019 – Albert pitched at the popular CBC show “Dragon’s Den” in front of some of the most ruthless dragons.

Albert Zbily is the founding President of the International Federation of Corporate Football (FIFCO), the world governing body of the sport of corporate football (soccer). Putting working adults onto a soccer field and encouraging a sound work-life balance is a life-long passion that Albert has embraced for over 10 years. Albert has successfully expanded the federation to 60 countries and to 2.5 million amateur players. Albert is a seasoned professional with over 20 years of progressive experience in international business and development.

Albert Zbily holds a Master in International Economics from the Paul H. Nitze School of Advanced International Studies (SAIS) of the Johns Hopkins University in Washington, DC, where he was a fellow of the Centre for Canada Study and did extensive research on the NAFTA trading area. He equally holds a Bachelor in International Business from the John Molson School of Business at Concordia University. Albert has also spent study tours in France and Italy.  Albert Zbily is a part-time lecturer at McGill University in International Business and Entrepreneurship. Over the years, Albert has worked in various industries from International Development in Africa to working with the Canadian Fertility & Andrology Society. Albert has successfully used his skills of macroeconomics – growth theory in the business world in both the public and private sectors. Albert is well traveled and well versed in cultural subtleties in business negotiations. Having developed and built an international sporting association from the ground up – he has built a strong understanding on how culture influences negotiation. Albert has visited Iran, Yemen, and Lebanon at times where the risk was higher than expected, but through his approach has developed links and built bridges.

Albert Zbily has taught at McGill University for over 15 years and in the private sector guiding senior executives on how to navigate the international business market – how to source – how to negotiate and how to build relations for future business. Albert has a strong understanding of the geopolitical issues than can affect business deals and foresee avoidable traps in negotiation. Albert holds a Master’s Degree in International  Economics from the Paul H. Nitze School of Advanced International Studies of the Johns Hopkins University, where he was a research fellow on the NAFTA trading area. He equally holds a Bachelor of Commerce in International Business from the John Molson School of Business at Concordia University. Albert has also spent study tours in Italy and France. He is a fluent speaker of French, English, and Italian.

How Not to Take No for an Answer

Knowing When You Need to Change Your Path

Looking at Life Through the Eyes of a Referee

What Football has Taught me About International Marketing

He is an excellent public speaker and really knows how to keep his audience interested with his passion and free-thinking approach.
Albert is very efficient, results-oriented, and a real friendly partner. He always focuses on the human side before designing any project. He believes in the Win/Win golden rule using transparency, mutual respect, and sincerity.

Albert Zbily keynote speaker is an expert presenter and has a wide range of experience speaking to a wide variety of audiences and organizations. Albert Zbily delivers keynotes, workshops & training sessions. They may also host or emcee events. Hire Albert Zbily from Montreal, Quebec for your event to inspire the audience to take action and make change in their work and their lives. Your workplace will benefit from our keynote speaker and their keynote talks and speeches will shift the mindsets or behaviours for the audience members in Canada.

Are you looking to hire Albert Zbily for your event? Albert Zbily Montreal, Quebec is a dynamic and engaging speaker that offers audiences researched content paired with expertise and a dynamic speaking ability. Albert Zbily is also a Canadian corporate consultant and coach and facilitates workshops and training sessions for a corporate audience. Albert Zbily is an expert keynote presenter and speaks on wide variety of topics. Hiring a great speaker for your event is important and working with a thought leader like Albert Zbily from Speakers Canada’s roster will engage audiences into the content of the presentation to bring awareness and a fresh perspective for their approach to their work and their lives. Book Albert Zbily to educate, motivate and activate the audience through an interactive and entertaining presentation at corporate meetings and gatherings.

Known as a popular key note speaker in Canada, Albert Zbily creates life changing experiences for the participants with practical insights and strategic advice they can implement right after the session. Working with a one our leading expert speaker like Albert Zbily from Montreal, Quebec offers organizations a fresh perspective to assist the people of the organization. No matter if it is a government, association, or business crowd, Albert Zbily is a perfect speaker for your event. Through unique practical insights for trending topics and years experience speaking to different organizations, Albert Zbily focuses on changing individuals to make better decisions at work and their lives. No matter if you are holding an in person or virtual event, having an influential speaker such as Albert Zbily will engage, motivate, and activate the audience to make a change in their lives and inspire action for results to meet organizational goals. Your workforce will benefit from Albert Zbily’s presentations and speeches, with measurable results set to shift the people of the organization and core direction of the company. Book Albert Zbily speaker for your annual general meeting, conference, summit, or convention in Canada.

HOW MUCH DOES IT COST TO BOOK Albert Zbily FOR A VIRTUAL OR KEYNOTE PRESENTATION?

Albert Zbily is an expert professional key note speaker with a lot of experience speaking and delivering engaging talks to organizations and audiences in Canada. Each of Speaker Bureau Canada’s talent have different ways to assess their fees, and Albert Zbily speaker fee ranges depending on the size of the audience, event format (in person or virtual), event location, and if the organization booking them is a non profit, association, government department/government agency or business/corporation. The speakers we work with are flexible with their fees, and it is important for us to learn more about your event before we approach them, as it is our role to work for you, and to help you find a speaker within budget.

Please contact Speakers Bureau of Canada and provide us with your event details so that we can contact Albert Zbily to check availability or confirm the pricing and associated costs to hire a great speaker like Albert Zbily for your event. As Albert Zbily's agent and as a Canadian top speaker bureau and talent agency for speakers, we are able to propose each event opportunity from each host organization’s behalf to try to help you get in touch with Albert Zbily and confirm them for your in person or online meeting/event. We can also provide and advise on the booking process and potentially negotiate their fee. Speakers Canada is a client focused speaker agency, and we work for you in finding good speakers for your team meetings and booking processes.

Speakers Bureau Canada assists companies and event planning teams seeking to hire talent like Albert Zbily for speaking engagements, virtual meetings, conference appearances, training sessions and workshops facilitations. Our Canadian speakers bureau does not claim to exclusively represent Albert Zbily, however they are represented by Speakers Canada, and we work with them closely for their Canadian speaking opportunities and bookings. As Canada’s top speaker bureau, we represent Canadian motivational keynote speakers and professional guest speakers that will be available on your upcoming events date and location that are withing the budget. Our talented bureau speaker booking agency can help find business speakers or celebrity speakers that aligns with each organization, audience, event theme and the topic themes you hope for the speaker to address in their presentation.

When SBC receives a request to book Albert Zbily we provide you with their speaker fees, travel costs and check their schedules. We work closely with the host organization’s event planning team and the speaker to handle the logistics and to relay or negotiate associated costs. Our talented team members then will work with our talent directly or their agent/manager/assistant to confirm the Canadian speaker fee and travel expenses, so that event planning teams can receive an official quote for the speaker appearing at the event. Speaker fees and travel costs vary per speaker and our role is to contact Albert Zbily about your event, after we have connected with the event organizers to learn all the event details and/or conference program. Each booking request is unique since session durations and audience sizes can vary which may affect the speaker’s fees. If you are looking to hire Albert Zbily, we recommend filling out the booking request form so a booking agent from Speakers Bureau Canada can get in touch with our talent to help you coordinate with your team to engage the speaker for a successful event.