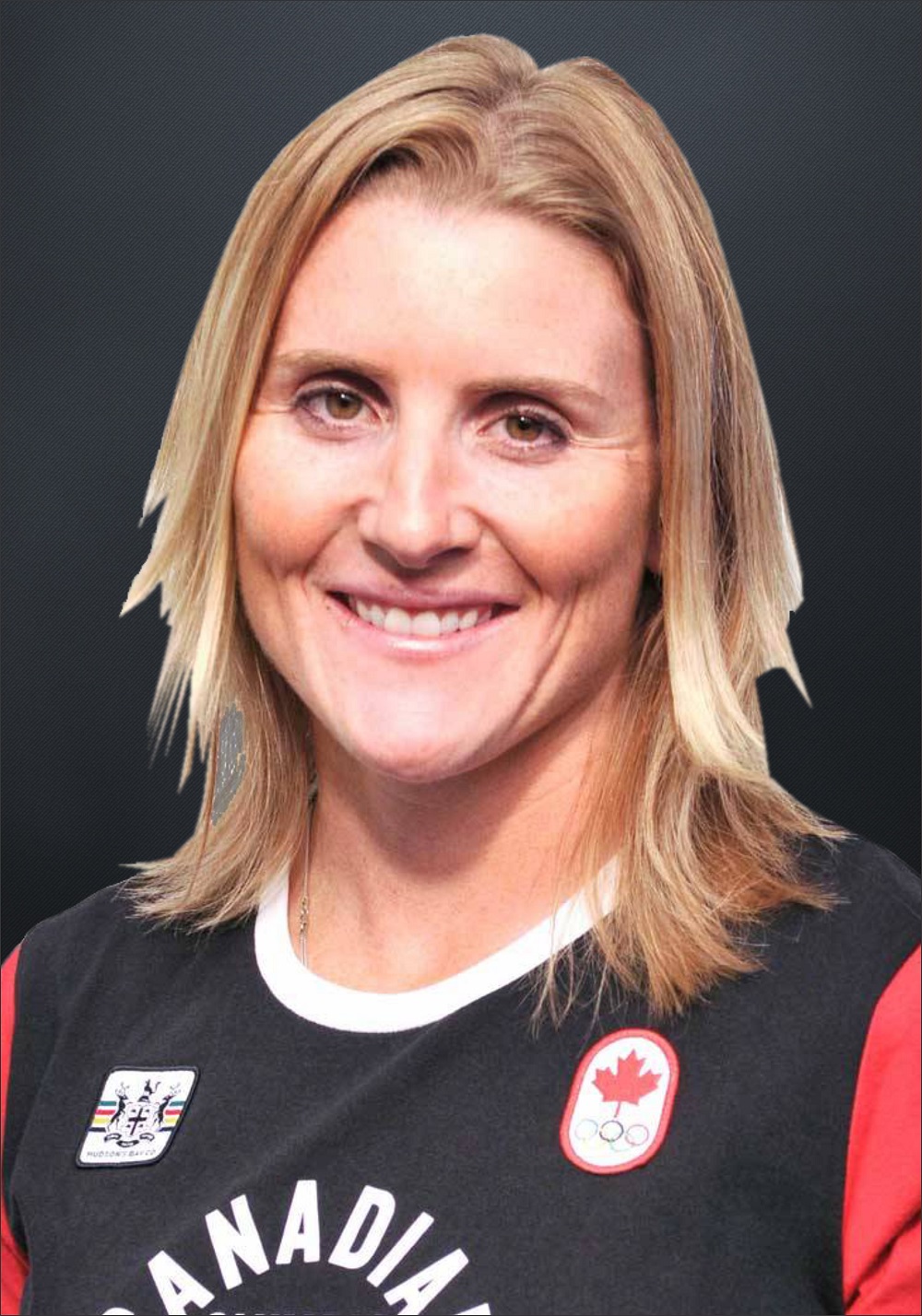 A first-ballot Hockey Hall of Fame inductee, Hayley’s hockey IQ is highly-respected in both the male and female game. Dr. Hayley Wickenheiser has played in, or coached at, four NHL development camps the Edmonton Oilers, Philadelphia Flyers and the Toronto Maple Leafs – having accepted a permanent full-time role of Senior Director of Player development for the Leafs in 2020.

Alongside Dr. Hayley Wickenheiser’s career in the NHL, Hayley is currently a resident medical doctor practicing in the Toronto-area – a pursuit Hayley Wickenheiser had dreamt of her whole life and began in 2017 following her retirement from her 23 years on the National Women’s Team.

Prior to her retirement from hockey, Dr. Hayley Wickenheiser was the first in the world to notch a point in a men’s professional game while playing in Finland and held the record for the most assists, points and goals for the Canadian Women’s National team.

Hayley’s ascent to the top of the sport started in Shaunavon, Saskatchewan when at age 15 she was the youngest member chosen for the Canadian Women’s National team. Her Olympic career spanned 23 years, five Olympic medals and two sports, as she also competed in softball in Sydney 2000. In 2014 she was Canada’s official flag bearer and she served on the IOC Athletes Commission.

She has many accolades including being named one of Sports Illustrated Top 25 Toughest Athletes in the World; has been twice named to the “Power 50 in Sports”; was among the QMI Agency’s “Top 10 Greatest Female Athletes in the History of Sports”; is a member of the Saskatchewan Sports Hall of Fame; Canada’s Top 40 under 40; Canada Sports Hall of Fame; Canada’s Walk of Fame; and in 2014 she was awarded Canada’s highest honour when she was appointed to the Order of Canada for her achievements as an athlete for her contributions to the growth of the women’s game.

Hayley’s passion for sport is equally matched by her desire to give back to the community through her work with dozens of philanthropic organizations including Lace ‘Em Up, Jumpstart, KidSport and Right to Play – all organizations dedicated to ensuring kids of all financial and cultural backgrounds can play sports. She is also the founder of the world-renown personal and athletic development weekend, The Canadian Tire Wickenheiser World Female Hockey Festival which provides mentoring and growth opportunities for young athletes from around the world.

Hayley holds several honourary degrees from institutions across Canada, a Masters in Kiniesology and is a Medical Doctor currently in a Family Medicine residency while maintaining a position as the Senior Director of Player Development for the Toronto Maple Leafs.

She is a mom to her grown son, Noah who is currently in university.

Health, Wealth and Wondering (in Sport and Life)

Being a Female In The Male Dominated World of Hockey

Change as a Path to Greatness

It's Foolish To Be Normal!

People in attendance were completely impressed by your stories and also commented about being inspired and motivated from hearing you speak. I even caught glimpses of a few tears in the room at certain points of your talk. We also received high praise for your approachability and people liked the picture op with you and the medals. Once again, thank you!

Interested in Booking Dr. Hayley Wickenheiser for an event?

HOW MUCH DOES IT COST TO BOOK Dr. Hayley Wickenheiser FOR A VIRTUAL OR KEYNOTE PRESENTATION?

Dr. Hayley Wickenheiser is an expert professional key note speaker with a lot of experience speaking and delivering engaging talks to organizations and audiences in Canada. Each of Speaker Bureau Canada’s talent have different ways to assess their fees, and Dr. Hayley Wickenheiser speaker fee ranges depending on the size of the audience, event format (in person or virtual), event location, and if the organization booking them is a non profit, association, government department/government agency or business/corporation. The speakers we work with are flexible with their fees, and it is important for us to learn more about your event before we approach them, as it is our role to work for you, and to help you find a speaker within budget.

Speakers Bureau Canada assists companies and event planning teams seeking to hire talent like Dr. Hayley Wickenheiser for speaking engagements, virtual meetings, conference appearances, training sessions and workshops facilitations. Our Canadian speakers bureau does not claim to exclusively represent Dr. Hayley Wickenheiser, however they are represented by Speakers Canada, and we work with them closely for their Canadian speaking opportunities and bookings. As Canada’s top speaker bureau, we represent Canadian motivational keynote speakers and professional guest speakers that will be available on your upcoming events date and location that are withing the budget. Our talented bureau speaker booking agency can help find business speakers or celebrity speakers that aligns with each organization, audience, event theme and the topic themes you hope for the speaker to address in their presentation.

When SBC receives a request to book Dr. Hayley Wickenheiser we provide you with their speaker fees, travel costs and check their schedules. We work closely with the host organization’s event planning team and the speaker to handle the logistics and to relay or negotiate associated costs. Our talented team members then will work with our talent directly or their agent/manager/assistant to confirm the Canadian speaker fee and travel expenses, so that event planning teams can receive an official quote for the speaker appearing at the event. Speaker fees and travel costs vary per speaker and our role is to contact Dr. Hayley Wickenheiser about your event, after we have connected with the event organizers to learn all the event details and/or conference program. Each booking request is unique since session durations and audience sizes can vary which may affect the speaker’s fees. If you are looking to hire Dr. Hayley Wickenheiser, we recommend filling out the booking request form so a booking agent from Speakers Bureau Canada can get in touch with our talent to help you coordinate with your team to engage the speaker for a successful event.