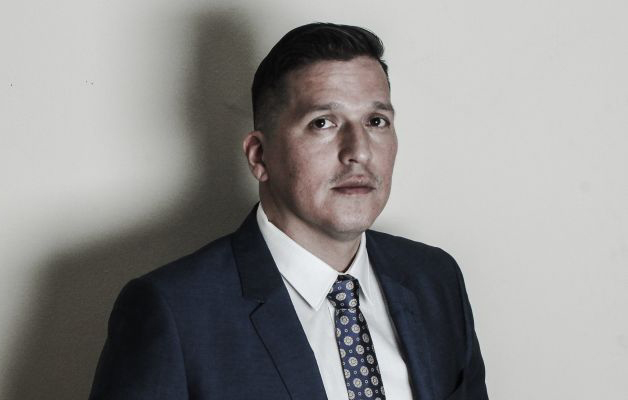 Eventually ending up in the care of his grandparents, Eddy Robinson found himself caught in the same cycle of violence and addiction that dominated his childhood. He credits a Catholic priest at the Native Peoples Parish located in Toronto for first encouraging him to seek out his roots. He pointed Eddy Robinson to a traditional Anishinaabe Vision Quest/Fasting held at “Dreamers Rock” located on Manitoulin Island, ON; that would imminently begin his journey towards understanding his Indigenous identity and helping him leave behind the family legacy of abuse and violence.

The power of the “Dewegun” (Drum) brought Eddy Robinson to the doorway of ceremony and other aspects of his Indigenous Way of Knowing. It was during the early years that he was first exposed called him to a heritage that he now credits with saving his life and setting him on a good path in life. Over the past 25 years of working on the frontline of social services and advocating for Indigenous communities locally, provincially and nationally Eddy has evolved into a noted Anishinaabe artist, musician, educator, facilitator, trainer and public speaker. He’s involved with numerous local district school boards, colleges, universities, corporate institutions and several Indigenous/Aboriginal organizations.

In support of his qualifications, Eddy Robinson completed a Master of Education Degree from York University as well as a graduate diploma in Urban Environments. He is a member of the Missanabie Cree First Nation, which has given him the foundation to effectively represent Indigenous ways of knowing.  He has a partial fluency in Anishinaabemowin (Ojibway language) and over the past 30 years Eddy Robinson has participated, lead and facilitated cultural events

With the Truth and Reconciliation Commission (TRC) of Canada putting forth 94 recommendations for residential school healing, Eddy Robinson engages the TRC through a personal narrative. He discusses growing up as an urban Indigenous person and his professional experience with Indigenous organizations on local, provincial and national levels.

Eddy Robinson emphasizes the utter importance of engaging Indigenous people in a respectful and reciprocal way. Reconciliation for Eddy is not only a personal journey of forgiveness of self and others in support of past generations but is very much about being mentally, physically, emotionally and spiritually part of this legacy of resurgence. Eddy Robinson encourages non-Indigenous people to seek out a deeper understanding of what it means to be Anishinaabe, Indigenous, First Nations, Métis and Inuit before stepping on the path of reconciliation. A member of the Canadian Council of Aboriginal Business Eddy established his First Nations-owned and operated business Morningstar River in 2007 to address the societal need for Indigenous education and displays of authentic culture. Awards: Wabnode Institute-Cambrian College, Elizabeth Osawamick Memorial Scholarship for Ojibway Language, Sudbury, ON

Eddy Robinson’s talks fit perfectly with the Truth and Reconciliation Commission’s call for all of to learn more about First Nations, Metis and Inuit peoples. Eddy’s an Anishinaabe brother, who I greatly respect. His talks focus on fostering relationship building between the organizations, institutions and agencies with thoughtfulness and cultural safety. He shares the impacts of colonization, historic trauma and existing issues of oppression within the First Nations’ communities in a way that is approachable and accessible. Through stories and song, Eddy works towards a day when the power of knowledge, inclusiveness and sharing of First Nations cultures helps our nation and all its’ people to be connected and stronger.

The depth of knowledge and respect eddy Robinson brings to the mainstream through cultural presentations is invaluable.

He is able to address issues of race and discrimination in a way that is non-threatening and allows for deep discussions and commitment from schools to address injustices to the Aboriginal people.

Eddy is an energetic speaker. He is passionate about bridging the gap between Indigenous and Non Indigenous people. He possesses the rare ability to stimulate audience participation in a nonthreatening environment. As a facilitator and relationship builder, he can navigate through complex discussions with positive and successful outcomes, even when the topics evoke passionate responses from his audience. Eddy speaks from the heart and draws from his knowledge and real life experiences. He shares his knowledge through stories, song and visual symbolism.

Everything went great at the conference. Eddy’s keynote was fantastic and he was a pleasure to work with. We really appreciate all of your help with making Eddy’s keynote at our event a success.

Eddy Robinson is a powerful and provocative speaker. His winning combination of historical and cultural knowledge, along with a leader’s vision of the future can help all Canadians gain new insights and ideas on how to reconcile and build together.

Eddy Robinson keynote speaker is an expert presenter and has a wide range of experience speaking to a wide variety of audiences and organizations. Eddy Robinson delivers keynotes, workshops & training sessions. They may also host or emcee events. Hire Eddy Robinson from Toronto, Ontario for your event to inspire the audience to take action and make change in their work and their lives. Your workplace will benefit from our keynote speaker and their keynote talks and speeches will shift the mindsets or behaviours for the audience members in Canada.

Are you looking to hire Eddy Robinson for your event? Eddy Robinson Toronto, Ontario is a dynamic and engaging speaker that offers audiences researched content paired with expertise and a dynamic speaking ability. Eddy Robinson is also a Canadian corporate consultant and coach and facilitates workshops and training sessions for a corporate audience. Eddy Robinson is an expert keynote presenter and speaks on wide variety of topics. Hiring a great speaker for your event is important and working with a thought leader like Eddy Robinson from Speakers Canada’s roster will engage audiences into the content of the presentation to bring awareness and a fresh perspective for their approach to their work and their lives. Book Eddy Robinson to educate, motivate and activate the audience through an interactive and entertaining presentation at corporate meetings and gatherings.

Known as a popular key note speaker in Canada, Eddy Robinson creates life changing experiences for the participants with practical insights and strategic advice they can implement right after the session. Working with a one our leading expert speaker like Eddy Robinson from Toronto, Ontario offers organizations a fresh perspective to assist the people of the organization. No matter if it is a government, association, or business crowd, Eddy Robinson is a perfect speaker for your event. Through unique practical insights for trending topics and years experience speaking to different organizations, Eddy Robinson focuses on changing individuals to make better decisions at work and their lives. No matter if you are holding an in person or virtual event, having an influential speaker such as Eddy Robinson will engage, motivate, and activate the audience to make a change in their lives and inspire action for results to meet organizational goals. Your workforce will benefit from Eddy Robinson’s presentations and speeches, with measurable results set to shift the people of the organization and core direction of the company. Book Eddy Robinson speaker for your annual general meeting, conference, summit, or convention in Canada.

HOW MUCH DOES IT COST TO BOOK Eddy Robinson FOR A VIRTUAL OR KEYNOTE PRESENTATION?

Eddy Robinson is an expert professional key note speaker with a lot of experience speaking and delivering engaging talks to organizations and audiences in Canada. Each of Speaker Bureau Canada’s talent have different ways to assess their fees, and Eddy Robinson speaker fee ranges depending on the size of the audience, event format (in person or virtual), event location, and if the organization booking them is a non profit, association, government department/government agency or business/corporation. The speakers we work with are flexible with their fees, and it is important for us to learn more about your event before we approach them, as it is our role to work for you, and to help you find a speaker within budget.

Please contact Speakers Bureau of Canada and provide us with your event details so that we can contact Eddy Robinson to check availability or confirm the pricing and associated costs to hire a great speaker like Eddy Robinson for your event. As Eddy Robinson's agent and as a Canadian top speaker bureau and talent agency for speakers, we are able to propose each event opportunity from each host organization’s behalf to try to help you get in touch with Eddy Robinson and confirm them for your in person or online meeting/event. We can also provide and advise on the booking process and potentially negotiate their fee. Speakers Canada is a client focused speaker agency, and we work for you in finding good speakers for your team meetings and booking processes.

Speakers Bureau Canada assists companies and event planning teams seeking to hire talent like Eddy Robinson for speaking engagements, virtual meetings, conference appearances, training sessions and workshops facilitations. Our Canadian speakers bureau does not claim to exclusively represent Eddy Robinson, however they are represented by Speakers Canada, and we work with them closely for their Canadian speaking opportunities and bookings. As Canada’s top speaker bureau, we represent Canadian motivational keynote speakers and professional guest speakers that will be available on your upcoming events date and location that are withing the budget. Our talented bureau speaker booking agency can help find business speakers or celebrity speakers that aligns with each organization, audience, event theme and the topic themes you hope for the speaker to address in their presentation.

When SBC receives a request to book Eddy Robinson we provide you with their speaker fees, travel costs and check their schedules. We work closely with the host organization’s event planning team and the speaker to handle the logistics and to relay or negotiate associated costs. Our talented team members then will work with our talent directly or their agent/manager/assistant to confirm the Canadian speaker fee and travel expenses, so that event planning teams can receive an official quote for the speaker appearing at the event. Speaker fees and travel costs vary per speaker and our role is to contact Eddy Robinson about your event, after we have connected with the event organizers to learn all the event details and/or conference program. Each booking request is unique since session durations and audience sizes can vary which may affect the speaker’s fees. If you are looking to hire Eddy Robinson, we recommend filling out the booking request form so a booking agent from Speakers Bureau Canada can get in touch with our talent to help you coordinate with your team to engage the speaker for a successful event.