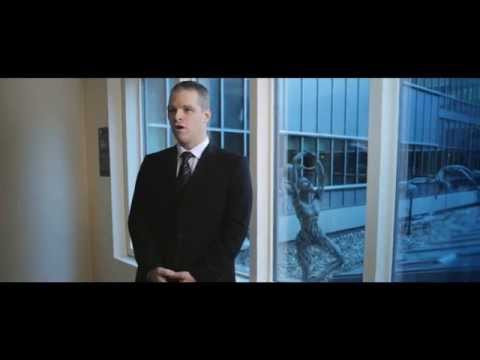 Peak performance expert Andrew Haley has had his share of ups and downs. As a child Andrew had cancer twice and each time was given a 35% chance to survive. Even though he lost part of his right leg, Andrew never let it dictate his life. He is a living reminder that no matter what negative things may happen in your life, you can always try and turn it into something positive. Take control of your life and always try to learn and be better next time. We each have the power to be AMAZING. The only question is, are you ready to take it to the next level? Every audience can expect a powerful experience based on Andrew’s life and experiences. A talk that is tailored to each and every client.

Andrew’s real and inspiring views cover three decades of real-life in-the-trenches sport and personal experience. Andrew Haley appreciates and shares with his audience that being a champion and turning pressure into performance is a moment-to-moment choice and is able to relate and inspire each listener that success is more than title, tenure or position. Excellence is for everyone, everyday. It’s how we should live our life.

Andrew Haley also finds time to give back to his community. He is involved with the charity RIGHT TO PLAY and also visits schools in Ontario and his native Nova Scotia. In addition, he volunteers his time working with AthletesCAN, a national group that supports athletes. He looks forward to partnering with you in the future. Some companies that have partnered with Andrew include: HSBC, Re/Max, Manulife, Teva Pharmaceuticals, National Bank, Sun Life,

Owning the Podium: The Champion Within

Sport, like life, is unpredictable so we have to be ready for anything. Training the mind to accept change and unnecessary distractions is a learning process. Andrew shares how he has been able to train the brain” for optimal performance. Anyone can bring their A game each and every day.

Andrew will shares his 7 step process he used that helped him prepare to compete and win on the world class. A process that anyone can relate to if they are Committed to WIN.

Andrew has been part of many great and effective teams. In fact, as a swimmer, he developed the ability to work in both individual and teamwork settings and truly understands the importance of building towards an effective and solid team. During his talks, Andrew shares TEAM as being (T)ogether (E)veryone (A)chieves (M)ore. A team building success is when your team can accomplish something much bigger and work more effectively than a group of the same individuals working on their own. Mesh the goals of the group from an individual level to make everyone work towards a common one. A better understanding of team work can make you a more effective employee and give you an extra edge in your corporate office.

Take your team to a higher goal and lead from within. In real life, teamwork success rarely happens by itself. It requires a focused team building effort and activities. There is simply too much space for problems. In Andrew’s case at the 2000 Paralympic Games, four athletes with different disabilities (hence, different physical levels and limitations) came together on a relay with the common goal of winning the gold medal for Canada. The end result was a World Record and the Gold Medal. Learn how you can help your team achieve a “gold medal” performance!

Andrew talks about how we all have something to offer in any given situation. Speak to him how he can help you be more diverse and inclusive.

"Andrew spoke with passion and enthusiasm about his childhood, battles with cancer, triumphs in the pool, and how he gives 110% living his life based not around the circumstances presented, but how he can react to them. he established a rapport with audience members young and old through his candid demeanour. Some were inspired by his athletic accomplishments, others by his drive and dedication. All agreed that he had an exceptional story to tell, and were thankful he shared it with us."

"I have received feedback from many of our guests and they have indicated that your speech was incredibly motivational. I heard on more than one occasion you have inspired them to either improve their physical activities or elements of their family life."

"Your message of determination in the face of adversity was extremely impactful to me. The line I was most significantly left with was - 'tough times do not last, tough people do.' Your talk encouraged me to take a step back and really assess what I hold to be meaningful, and, most importantly, to list out goals that I have until now only seen as unachievable. You have proven that any height is reachable."

"Andrew was simply amazing and a pleasure to work with. Someone who truly has a passion for sport, life, family and people. We had a very diverse audience and Andrew was a very down to earth speaker who everyone could easily connect to. I have heard several top speakers speak and he is up there with the best. I received lots of positive feedback."

"Our entire team enjoyed working with you. You have a wonderful stage presence and a great story to tell. You were very well received by our attendees. It is always a great sign when the delegates are talking about the opening keynote speaker during the closing session."