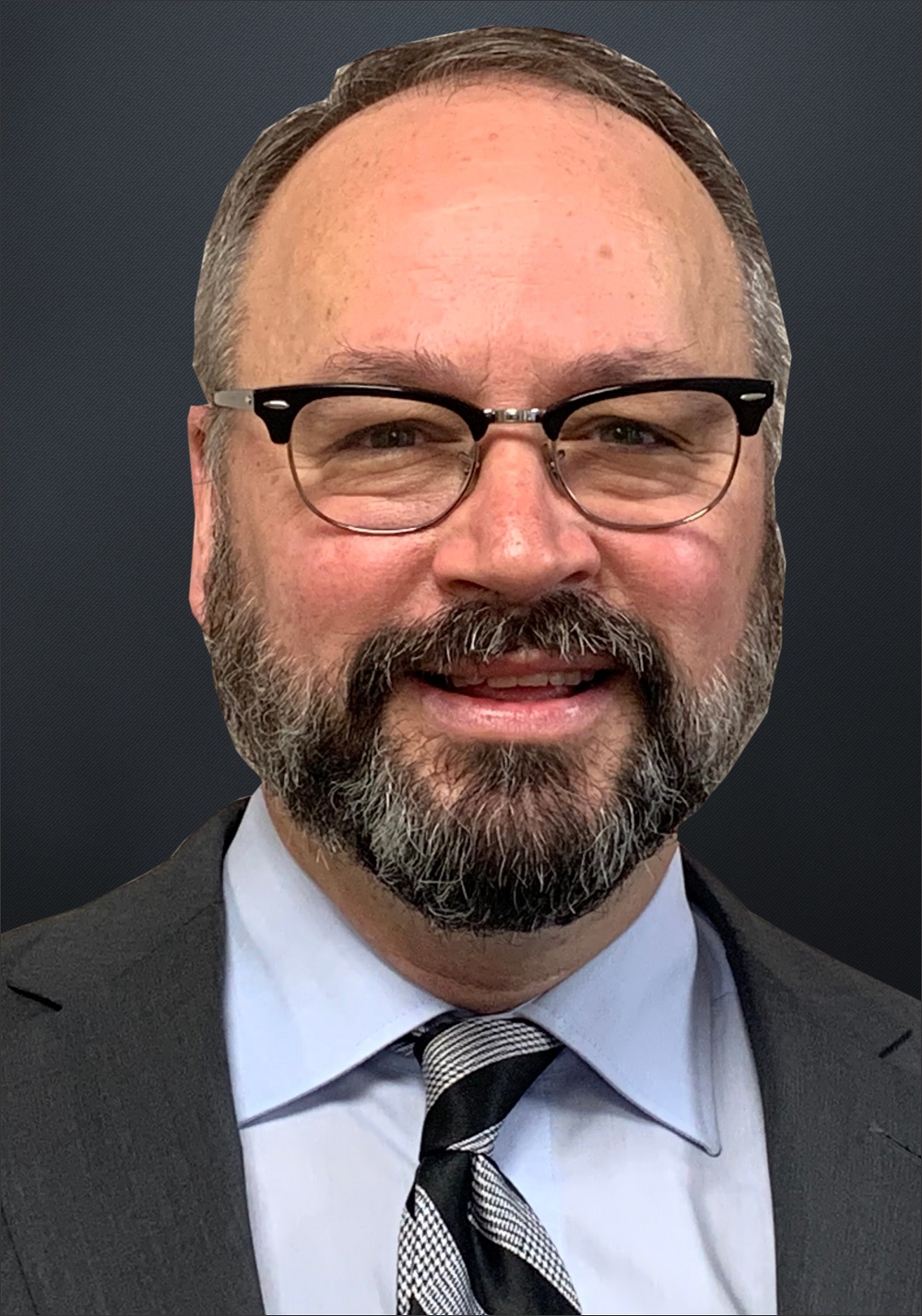 Juan O'Quinn
Canadian Armed Forces & Lawyer - Mental Health & Neurodiversity Inclusion
Ratings:
Travels From:
Kelowna, British Columbia
Language Spoken :
Juan O'Quinn is a trial lawyer with 25 years of experience representing clients in court who is currently working on his debut album titled 'Far From Home'. Juan O'Quinn is a strong artist in his own right, proficient on guitar and piano, and a member of the popular group Rough Justice which tours the province widely and on a regular basis.

Juan O’Quinn is the living proof that anyone can overcome just about any obstacle to achieve his/her goals. In grade seven, Juan O’Quinn was diagnosed with Tourette’s syndrome, a disorder that involves repetitive movements and anti-social behaviour. Juan O’Quinn was unable to pay attention or sit still for longer than ten minutes. Juan O’Quinn was often mocked, made fun of, and made to feel “different” from his peers. Yet with the assistance of family, Juan O’Quinn forged his way though school with his “Never Give Up” attitude.

During high school, Juan O’Quinn managed to get into the reserve army. He still struggled. As an enlisted soldier, he had the support of his fellow troops who did not care about the grimaces or ticks. Soldiers do not fight for politicians they fight for each other. Some knew about his disease, but Juan O’Quinn kept it from his commanders who would not have understood. This secrecy tore at his soul at times, but through his fighting spirit and continuing to dream big, he heard the call of a different drum, literally.

Juan O’Quinn then moved back to the East Coast to pursue his education where he got his BA from Memorial University and a law degree from Dalhousie. For a person with Tourette’s this is almost impossible. He lived as an older poor student and sometimes did not have enough money to eat properly. It was his “Never Give Up attitude” that got him though.

After years in private practice in Newfoundland in 2010, Juan moved his family back to British Columbia to the Okanagan Valley where he then built a successful firm specializing in Family law, Criminal Law and Civil Litigation and was then recruited to work for the British Columbia Prosecution Service.  Throughout his life, his friends told him, he would fail. Juan’s response was yes, I may fail, but “I am not a failure”.

During his years as a prosecutor, Juan O’Quinn was diagnosed with Cancer but fought it and won. Juan’s story is one of perseverance and encouragement. His massage is: “find your passion and never quit”. Although he had suffered through many years of others telling him that he would fail, that he was not smart enough, Juan O’Quinn never gave up. Juan feels a responsibility to share with others his struggle.

Despite what life throws at you, we owe it to ourselves to be the best us we can be. And to get up every day and fight every battle. The victory is not in the winning, its in the fighting.

Become Your Own Super Hero and Never Give-up, EVER.

What is Your Mental Health Worth to Yourself?

Discover the Abilities in Others:

Leadership, Not Only in the Workplace, but in Life

Juan O’Quinn keynote speaker is an expert presenter and has a wide range of experience speaking to a wide variety of audiences and organizations. Juan O’Quinn delivers keynotes, workshops & training sessions. They may also host or emcee events. Hire Juan O’Quinn from Kelowna, British Columbia for your event to inspire the audience to take action and make change in their work and their lives. Your workplace will benefit from our keynote speaker and their keynote talks and speeches will shift the mindsets or behaviours for the audience members in Canada.

Are you looking to hire Juan O’Quinn for your event? Juan O’Quinn Kelowna, British Columbia is a dynamic and engaging speaker that offers audiences researched content paired with expertise and a dynamic speaking ability. Juan O’Quinn is also a Canadian corporate consultant and coach and facilitates workshops and training sessions for a corporate audience. Juan O’Quinn is an expert keynote presenter and speaks on wide variety of topics. Hiring a great speaker for your event is important and working with a thought leader like Juan O’Quinn from Speakers Canada’s roster will engage audiences into the content of the presentation to bring awareness and a fresh perspective for their approach to their work and their lives. Book Juan O’Quinn to educate, motivate and activate the audience through an interactive and entertaining presentation at corporate meetings and gatherings.

Known as a popular key note speaker in Canada, Juan O’Quinn creates life changing experiences for the participants with practical insights and strategic advice they can implement right after the session. Working with a one our leading expert speaker like Juan O’Quinn from Kelowna, British Columbia offers organizations a fresh perspective to assist the people of the organization. No matter if it is a government, association, or business crowd, Juan O’Quinn is a perfect speaker for your event. Through unique practical insights for trending topics and years experience speaking to different organizations, Juan O’Quinn focuses on changing individuals to make better decisions at work and their lives. No matter if you are holding an in person or virtual event, having an influential speaker such as Juan O’Quinn will engage, motivate, and activate the audience to make a change in their lives and inspire action for results to meet organizational goals. Your workforce will benefit from Juan O’Quinn’s presentations and speeches, with measurable results set to shift the people of the organization and core direction of the company. Book Juan O’Quinn speaker for your annual general meeting, conference, summit, or convention in Canada.

HOW MUCH DOES IT COST TO BOOK Juan O’Quinn FOR A VIRTUAL OR KEYNOTE PRESENTATION?

Juan O’Quinn is an expert professional key note speaker with a lot of experience speaking and delivering engaging talks to organizations and audiences in Canada. Each of Speaker Bureau Canada’s talent have different ways to assess their fees, and Juan O’Quinn speaker fee ranges depending on the size of the audience, event format (in person or virtual), event location, and if the organization booking them is a non profit, association, government department/government agency or business/corporation. The speakers we work with are flexible with their fees, and it is important for us to learn more about your event before we approach them, as it is our role to work for you, and to help you find a speaker within budget.

Please contact Speakers Bureau of Canada and provide us with your event details so that we can contact Juan O’Quinn to check availability or confirm the pricing and associated costs to hire a great speaker like Juan O’Quinn for your event. As Juan O’Quinn's agent and as a Canadian top speaker bureau and talent agency for speakers, we are able to propose each event opportunity from each host organization’s behalf to try to help you get in touch with Juan O’Quinn and confirm them for your in person or online meeting/event. We can also provide and advise on the booking process and potentially negotiate their fee. Speakers Canada is a client focused speaker agency, and we work for you in finding good speakers for your team meetings and booking processes.

Speakers Bureau Canada assists companies and event planning teams seeking to hire talent like Juan O’Quinn for speaking engagements, virtual meetings, conference appearances, training sessions and workshops facilitations. Our Canadian speakers bureau does not claim to exclusively represent Juan O’Quinn, however they are represented by Speakers Canada, and we work with them closely for their Canadian speaking opportunities and bookings. As Canada’s top speaker bureau, we represent Canadian motivational keynote speakers and professional guest speakers that will be available on your upcoming events date and location that are withing the budget. Our talented bureau speaker booking agency can help find business speakers or celebrity speakers that aligns with each organization, audience, event theme and the topic themes you hope for the speaker to address in their presentation.

When SBC receives a request to book Juan O’Quinn we provide you with their speaker fees, travel costs and check their schedules. We work closely with the host organization’s event planning team and the speaker to handle the logistics and to relay or negotiate associated costs. Our talented team members then will work with our talent directly or their agent/manager/assistant to confirm the Canadian speaker fee and travel expenses, so that event planning teams can receive an official quote for the speaker appearing at the event. Speaker fees and travel costs vary per speaker and our role is to contact Juan O’Quinn about your event, after we have connected with the event organizers to learn all the event details and/or conference program. Each booking request is unique since session durations and audience sizes can vary which may affect the speaker’s fees. If you are looking to hire Juan O’Quinn, we recommend filling out the booking request form so a booking agent from Speakers Bureau Canada can get in touch with our talent to help you coordinate with your team to engage the speaker for a successful event.