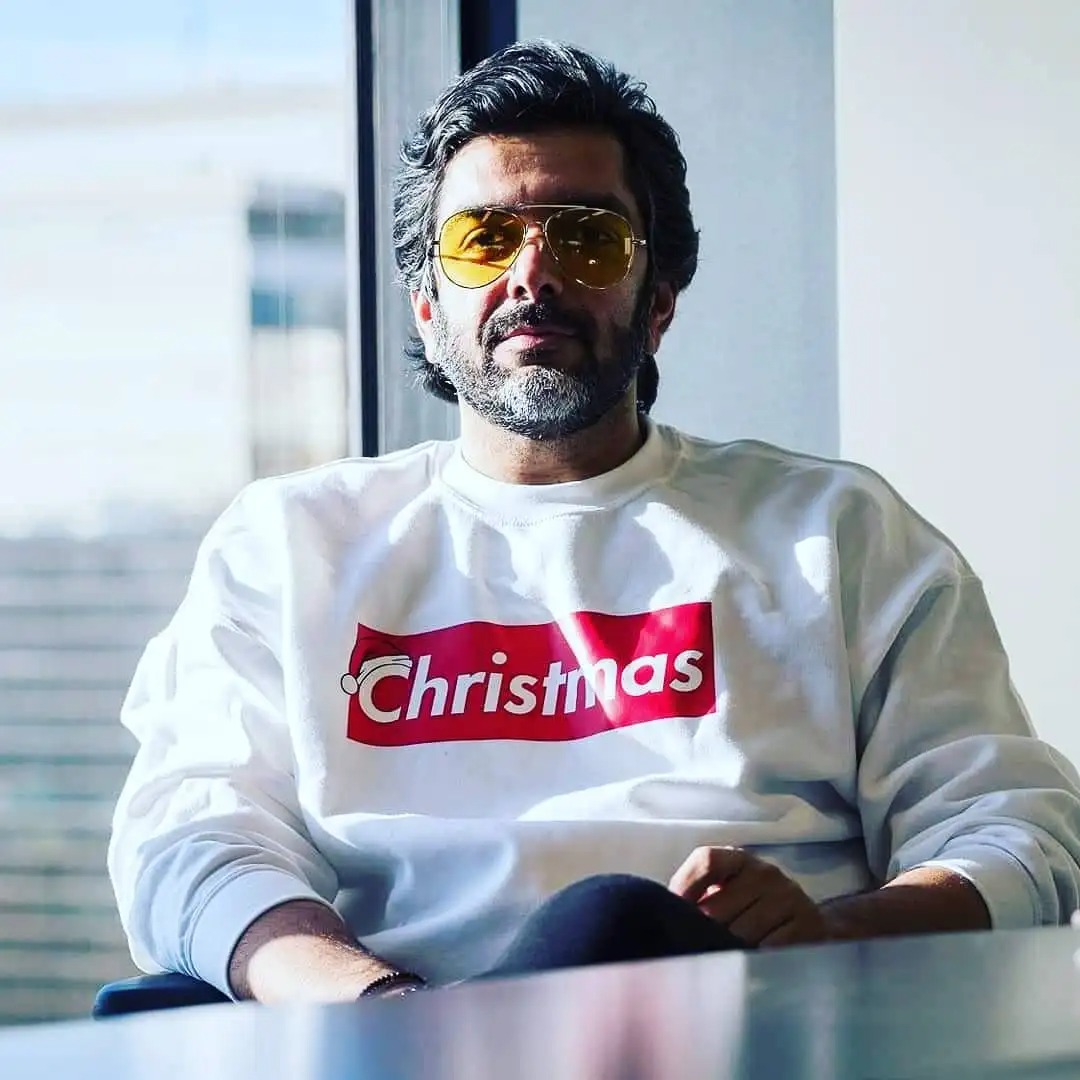 Writer, Columnist, Social Media and Digital Marketing Expert
Ratings:
Travels From:
Vancouver, British Columbia
Language Spoken :
Avijit Arya, is a father of two girls and 6 dogs, a street car racer turned hotelier turned Social Media Influencer. He is named amongst the top 25 influencers by Influencive ranked as one of the top 100 digital icons of the region by Impact Magazine and credited to create 100 million dollar revenues for his clients.

Avijit Arya, is a father of two girls and 6 dogs, a street car racer turned hotelier turned Social Media Influencer. He is named amongst the top 25 influencers by Influencive ranked as one of the top 100 digital icons of the region by Impact Magazine and credited to create 100 million dollar revenues for his clients.

After first discovering Internet in the 90s, Avi now shares his knowledge about Social Media, Digital Marketing and Revenue Generation. He has delivered talks at various forums in India and overseas some of them being Social Media Camp in Victoria, Arabian Travel Market in Dubai, National Summit of Small Business Digital Marketing in San Diego, Social Media Mastery Conference in Canada with several best speaker awards along the way.

From streetcar racing to driving digital revenues for top 600 hospitality companies across 10 countries, Avi – as he is endearingly known in the circle – has helped build and grow many businesses, through a journey of almost two decades. He is one of the first few entrepreneurs who adopted the digital medium during its early days. In an era when not many people were aware about the scope of internet, he was already sending out short video replies to his clients overseas, despite feeble internet speed. They were a total hit and led to a massive query conversion at a rate of almost    90%. This is when he began to realize and actualize the importance of Digital Media.

Today Avi Arya is one of the most trusted names in the digital marketing world. Father of 2 beautiful girls and 6 lovely dogs, he maintains his restlessness under many hats – Entrepreneur, Speaker, Trainer, Hotelier. The media describes him as “the poster boy of Internet Marketing”.

His digital journey began when he started promoting his dad’s hotel business in 2001 with digital advertising. And scaled his family hotel business from one to five hotels in less than five years. In 2010, he began sharing his knowledge with the hospitality industry to utilize DIGITAL more effectively. he has helped more than 300 companies in this field by 2016. his company, Internet Moguls, is included in Insights magazine’s list of TOP 20 TECH companies.

The Future of all humans

The never before opportunity called the Internet

Just when todays business requirements are changing so rapidly so is their marketing requirement This book gives you an insight about Digital Marketing especially for the Hospitality Industry and its changing trends and solutions It has a list of questions from hoteliers that will help you solve most of your queries Avi as weve known is a goto person for any hospitality marketing demands He has put in a great effort to make this guide for hoteliers who want to understand digital marketing thereby increasing the ROI and Online brand reputation for their hotels.

Avi is an expert marketer with specialist knowledge of Digital Marketing

Avi Arya is a rising star in the social media industry his trainings and workshops are packed full of value.

Avijit Arya keynote speaker is an expert presenter and has a wide range of experience speaking to a wide variety of audiences and organizations. Avijit Arya delivers keynotes, workshops & training sessions. They may also host or emcee events. Hire Avijit Arya from Vancouver, British Columbia for your event to inspire the audience to take action and make change in their work and their lives. Your workplace will benefit from our keynote speaker and their keynote talks and speeches will shift the mindsets or behaviours for the audience members in Canada.

Are you looking to hire Avijit Arya for your event? Avijit Arya Vancouver, British Columbia is a dynamic and engaging speaker that offers audiences researched content paired with expertise and a dynamic speaking ability. Avijit Arya is also a Canadian corporate consultant and coach and facilitates workshops and training sessions for a corporate audience. Avijit Arya is an expert keynote presenter and speaks on wide variety of topics. Hiring a great speaker for your event is important and working with a thought leader like Avijit Arya from Speakers Canada’s roster will engage audiences into the content of the presentation to bring awareness and a fresh perspective for their approach to their work and their lives. Book Avijit Arya to educate, motivate and activate the audience through an interactive and entertaining presentation at corporate meetings and gatherings.

Known as a popular key note speaker in Canada, Avijit Arya creates life changing experiences for the participants with practical insights and strategic advice they can implement right after the session. Working with a one our leading expert speaker like Avijit Arya from Vancouver, British Columbia offers organizations a fresh perspective to assist the people of the organization. No matter if it is a government, association, or business crowd, Avijit Arya is a perfect speaker for your event. Through unique practical insights for trending topics and years experience speaking to different organizations, Avijit Arya focuses on changing individuals to make better decisions at work and their lives. No matter if you are holding an in person or virtual event, having an influential speaker such as Avijit Arya will engage, motivate, and activate the audience to make a change in their lives and inspire action for results to meet organizational goals. Your workforce will benefit from Avijit Arya’s presentations and speeches, with measurable results set to shift the people of the organization and core direction of the company. Book Avijit Arya speaker for your annual general meeting, conference, summit, or convention in Canada.

HOW MUCH DOES IT COST TO BOOK Avijit Arya FOR A VIRTUAL OR KEYNOTE PRESENTATION?

Avijit Arya is an expert professional key note speaker with a lot of experience speaking and delivering engaging talks to organizations and audiences in Canada. Each of Speaker Bureau Canada’s talent have different ways to assess their fees, and Avijit Arya speaker fee ranges depending on the size of the audience, event format (in person or virtual), event location, and if the organization booking them is a non profit, association, government department/government agency or business/corporation. The speakers we work with are flexible with their fees, and it is important for us to learn more about your event before we approach them, as it is our role to work for you, and to help you find a speaker within budget.

Please contact Speakers Bureau of Canada and provide us with your event details so that we can contact Avijit Arya to check availability or confirm the pricing and associated costs to hire a great speaker like Avijit Arya for your event. As Avijit Arya's agent and as a Canadian top speaker bureau and talent agency for speakers, we are able to propose each event opportunity from each host organization’s behalf to try to help you get in touch with Avijit Arya and confirm them for your in person or online meeting/event. We can also provide and advise on the booking process and potentially negotiate their fee. Speakers Canada is a client focused speaker agency, and we work for you in finding good speakers for your team meetings and booking processes.

Speakers Bureau Canada assists companies and event planning teams seeking to hire talent like Avijit Arya for speaking engagements, virtual meetings, conference appearances, training sessions and workshops facilitations. Our Canadian speakers bureau does not claim to exclusively represent Avijit Arya, however they are represented by Speakers Canada, and we work with them closely for their Canadian speaking opportunities and bookings. As Canada’s top speaker bureau, we represent Canadian motivational keynote speakers and professional guest speakers that will be available on your upcoming events date and location that are withing the budget. Our talented bureau speaker booking agency can help find business speakers or celebrity speakers that aligns with each organization, audience, event theme and the topic themes you hope for the speaker to address in their presentation.

When SBC receives a request to book Avijit Arya we provide you with their speaker fees, travel costs and check their schedules. We work closely with the host organization’s event planning team and the speaker to handle the logistics and to relay or negotiate associated costs. Our talented team members then will work with our talent directly or their agent/manager/assistant to confirm the Canadian speaker fee and travel expenses, so that event planning teams can receive an official quote for the speaker appearing at the event. Speaker fees and travel costs vary per speaker and our role is to contact Avijit Arya about your event, after we have connected with the event organizers to learn all the event details and/or conference program. Each booking request is unique since session durations and audience sizes can vary which may affect the speaker’s fees. If you are looking to hire Avijit Arya, we recommend filling out the booking request form so a booking agent from Speakers Bureau Canada can get in touch with our talent to help you coordinate with your team to engage the speaker for a successful event.