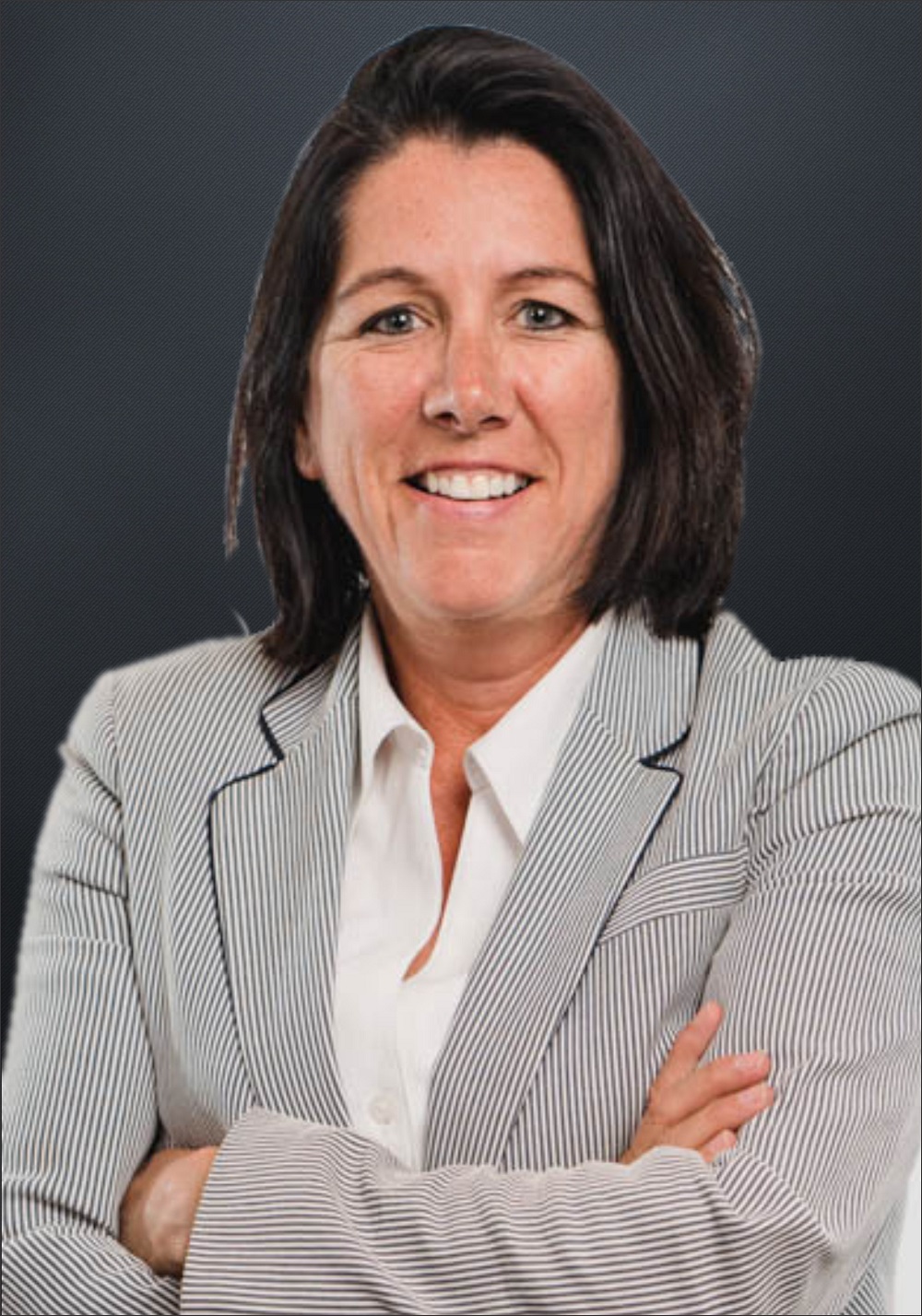 Daniele Sauvageau has the passion, instinct, and leadership that was instrumental in the historic win by the Canadian Women’s Hockey team at the Winter Olympics in Salt Lake City in 2002. As the general manager and coach, Sauvageau transformed a fear of losing into an absolute desire for victory, a radical turnaround that enabled her players to achieve their Olympic dream.

Daniele Sauvageau has taken part in six Olympic Games, as a women’s hockey coach, general manager, and coaching consultant. Danièle played a key role in her team’s wins in seven consecutive world championships and the silver medal they won at the Nagano Olympics. With her dedication, involvement in developing her sport, and winning record she has become the undisputed guru of women’s hockey in Canada. In 2021, she served as general manager and coach of the Montreal team in the Professional Women’s Hockey Players Association.

Sauvageau was named head coach of Canada’s National Women’s Hockey Team for the 2001 World Hockey Championship and the 2002 Winter Olympics on June 22, 2000. As head coach of the first Canadian Olympic hockey team to win gold in 50 years, Sauvageau became a Canadian hero.

Sauvageau has worked at almost every level of hockey open to female coaches. After the disappointing silver medal showing at the 1998 Winter Olympics in Nagano, Sauvageau was named the new head coach of the team and general manager of the Canadian female hockey program. Following eight straight losses to the U.S. team prior to the Olympics, her team-building methods and leadership skills led the team to a gold medal in 2002.

In 1999–2000, she became an assistant coach for the Montreal Rocket of the QMJHL. She was the first female coach in QMJHL history. Sauvageau was the first female NHL Saturday Night Hockey TV analyst for Canada’s French station Télévision de Radio-Canada and is the new official spokesperson for the Coaching Association of Canada. She was a member of the successful bid committee for the Vancouver 2010 Olympic bid.

Off the ice, Daniele Sauvageau’s expertise is not limited to just one sport or coaching the Canadian women’s hockey team. She has a degree in social work and has served with the RCMP and Montreal’s police department for over 33 years, including s serving 10 years in the narcotics division. As an undercover police officer, she busted a car full of drug dealers and ordered the forced entry and rescue of a double agent whose life was in jeopardy.

She also holds a master’s certificate in coaching from the National Coaching Certification Program and a management certificate from the École des Hautes Études Commerciales. She has contributed to the success of a number of national programs, including the national synchronized swimming team and the women’s water polo team. She is involved as a coaching and performance consultant with the Canadian Olympic Committee in preparation for the Vancouver Winter Olympics. As such, she is closely associated with the success of Canadian short-track speed skaters and figure skaters Joanie Rochette.

Drawing on her expertise in human resources management, coaching, leadership, situation assessment, communication and the formation of winning teams Daniele Sauvageau speaks on various topics related to performance. In 2003, Sauvageau began to offer her services as an executive coaching consultant. She has supported and assisted numerous public and private-sector clients in building a new vision and managing change in order to gain a competitive edge. Danièle Sauvageau is a well-known figure in the media and is often asked to comment on developments in hockey and elite sports in general.

Over the course of her career, Daniele Sauvageau has been featured on CBC, Radio-Canada, TSN, NBC, and has many articles in Canadian and American publications. She is also the co-author of The Golden Tears, the Journey to the Olympics. Daniele Sauvageau was the spokesperson for the Coaching Association of Canada and a member of the Coaches of Canada, as well as serving on the board of directors for Vancouver’s 2010 Winter Olympics bid.

Sauvageau received an Honorary Doctorate of Civil Law (DCL) from Saint Mary’s University in Halifax. Nova Scotia in October 2002 for her leadership in international athletics. She was also awarded the Queen Elizabeth ll Golden Jubilee Medal in 2002 and the Queen Elizabeth ll Diamond Jubilee Medal in 2012. In 2013, Daniele Sauvageau was appointed to the Order of Canada for her outstanding merit and distinguished service to Canadians to make a major difference in Canada through lifelong contributions throughout her career.

Leading a Team to Victory

Ms. Sauvageau’s presentation was a success. She made attendees reflect on their own sense of leadership and teamwork skills; these are abilities that are used on a daily basis in the health and safety field. We had several participants who thanked us for having such a good and poignant keynote speaker. Needless to say that Ms. Sauvageau contributed to the success of our event. I would like to take this opportunity to thank Ms. Sauvageau.

Treasury Board of Canada

She’s a great communicator. She knows how to motivate.

Danièle Sauvageau keynote speaker is an expert presenter and has a wide range of experience speaking to a wide variety of audiences and organizations. Danièle Sauvageau delivers keynotes, workshops & training sessions. They may also host or emcee events. Hire Danièle Sauvageau from Montreal, Quebec for your event to inspire the audience to take action and make change in their work and their lives. Your workplace will benefit from our keynote speaker and their keynote talks and speeches will shift the mindsets or behaviours for the audience members in Canada.

HOW MUCH DOES IT COST TO BOOK Danièle Sauvageau FOR A VIRTUAL OR KEYNOTE PRESENTATION?

Danièle Sauvageau is an expert professional key note speaker with a lot of experience speaking and delivering engaging talks to organizations and audiences in Canada. Each of Speaker Bureau Canada’s talent have different ways to assess their fees, and Danièle Sauvageau speaker fee ranges depending on the size of the audience, event format (in person or virtual), event location, and if the organization booking them is a non profit, association, government department/government agency or business/corporation. The speakers we work with are flexible with their fees, and it is important for us to learn more about your event before we approach them, as it is our role to work for you, and to help you find a speaker within budget.

Please contact Speakers Bureau of Canada and provide us with your event details so that we can contact Danièle Sauvageau to check availability or confirm the pricing and associated costs to hire a great speaker like Danièle Sauvageau for your event. As Danièle Sauvageau's agent and as a Canadian top speaker bureau and talent agency for speakers, we are able to propose each event opportunity from each host organization’s behalf to try to help you get in touch with Danièle Sauvageau and confirm them for your in person or online meeting/event. We can also provide and advise on the booking process and potentially negotiate their fee. Speakers Canada is a client focused speaker agency, and we work for you in finding good speakers for your team meetings and booking processes.

Speakers Bureau Canada assists companies and event planning teams seeking to hire talent like Danièle Sauvageau for speaking engagements, virtual meetings, conference appearances, training sessions and workshops facilitations. Our Canadian speakers bureau does not claim to exclusively represent Danièle Sauvageau, however they are represented by Speakers Canada, and we work with them closely for their Canadian speaking opportunities and bookings. As Canada’s top speaker bureau, we represent Canadian motivational keynote speakers and professional guest speakers that will be available on your upcoming events date and location that are withing the budget. Our talented bureau speaker booking agency can help find business speakers or celebrity speakers that aligns with each organization, audience, event theme and the topic themes you hope for the speaker to address in their presentation.

When SBC receives a request to book Danièle Sauvageau we provide you with their speaker fees, travel costs and check their schedules. We work closely with the host organization’s event planning team and the speaker to handle the logistics and to relay or negotiate associated costs. Our talented team members then will work with our talent directly or their agent/manager/assistant to confirm the Canadian speaker fee and travel expenses, so that event planning teams can receive an official quote for the speaker appearing at the event. Speaker fees and travel costs vary per speaker and our role is to contact Danièle Sauvageau about your event, after we have connected with the event organizers to learn all the event details and/or conference program. Each booking request is unique since session durations and audience sizes can vary which may affect the speaker’s fees. If you are looking to hire Danièle Sauvageau, we recommend filling out the booking request form so a booking agent from Speakers Bureau Canada can get in touch with our talent to help you coordinate with your team to engage the speaker for a successful event.