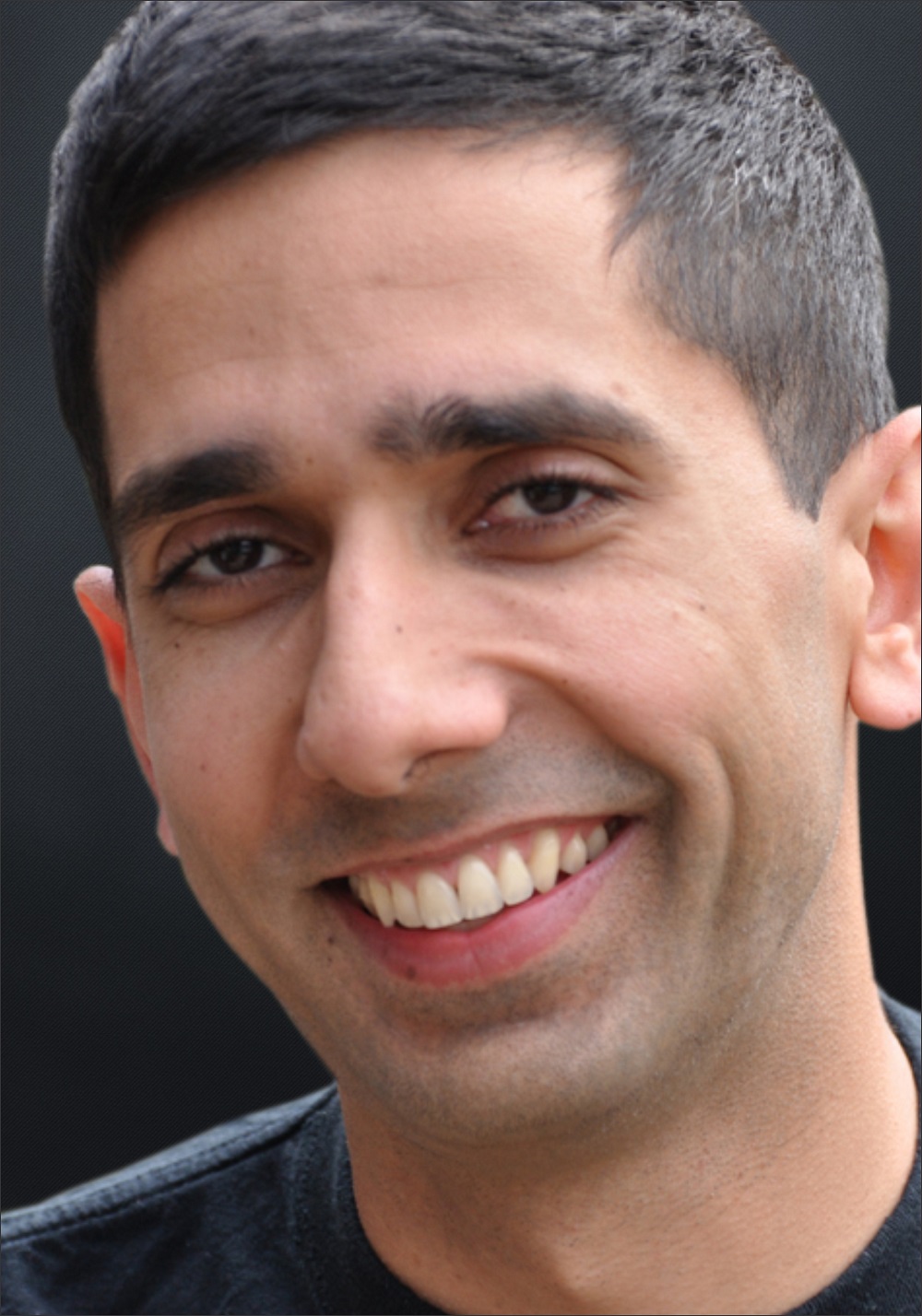 Sunjay Nath (MBA, BScE, CSP), travels globally sharing insights on leadership and performance. His trademark, “The 10-80-10 Principle” is a framework that helps individuals and teams improve performance. This methodology combines best practices with small wins to help people empower themselves. Sunjay Nath was a founding Vice President of an e-learning company based in Toronto. This company went on to become a multimillion-dollar organization. Prior to that position, he worked as an engineer for a distribution company in New York. Sunjay served as a camp director for several years with a camp that focuses on developing leadership skills in students. He has also held positions with H&R Block and Bank of Montreal.

Sunjay Nath started an international speaking business when he was 19; he wasn’t even old enough to rent a car. This was particularly problematic when he would travel. As a speaker, Nath has travelled extensively and addressed in person well over 1,000,000 people around the world since 1995. In 2005, Sunjay became the youngest Canadian (and third youngest in the world) ever to earn his CSP (Certified Speaking Professional). The CSP is the highest internationally recognized designation that a speaker can aspire to achieve.

With his background, Sunjay Nath offers a rare combination of both left and right brain activities to engage all audience members. Sunjay Nath holds an undergraduate degree in Mathematical Engineering, a degree that after the first year of the program, 80% of the students failed out. He also holds a Master in Business Administration. During his MBA, he took first prize in an international business case competition.

Always striving to achieve, Sunjay Nath has earned his Black Belt in Tae Kwon Do, ran a full 26-mile (42km) marathon, and has jumped out of a perfectly good plane (some call it skydiving). He has served as President of the Canadian Association of Professional Speakers Toronto Chapter and President of his Engineering Discipline. He is a magician, a comedian, a professional actor and an entertainer. In university, he was rated as one of the country’s top debaters. Sunjay Nath is the author of The 10-80-10 Principle, The ABCs of student leadership, and a contributing author of the book, Professionally Speaking. When not on the road, Sunjay enjoys spending time with his wife and three high-energy, extremely busy sons.

The Number One Thing That Holds Us Back

From The Platform Approach

Life Is What You Choose For Youth

You had our 300+ group’s complete attention in one minute. I didn’t hear anyone move during your entire presentation. Your message was clear and concise, everyone in the room related to you in both their business and personal lives.

He was exceptional; certainly the definition of what you hope a ‘keynote’ will contribute in terms of setting the tone.

After bringing Sunjay to address our conference participants, his keynote made me question and eventually change the way we do business. The results have been less stress for the team and myself and increased performance for the organization. Thanks.

That was one of the best keynotes I have heard in a while.

Sunjay Nath keynote speaker is an expert presenter and has a wide range of experience speaking to a wide variety of audiences and organizations. Sunjay Nath delivers keynotes, workshops & training sessions. They may also host or emcee events. Hire Sunjay Nath from Toronto, Ontario for your event to inspire the audience to take action and make change in their work and their lives. Your workplace will benefit from our keynote speaker and their keynote talks and speeches will shift the mindsets or behaviours for the audience members in Canada.

Are you looking to hire Sunjay Nath for your event? Sunjay Nath Toronto, Ontario is a dynamic and engaging speaker that offers audiences researched content paired with expertise and a dynamic speaking ability. Sunjay Nath is also a Canadian corporate consultant and coach and facilitates workshops and training sessions for a corporate audience. Sunjay Nath is an expert keynote presenter and speaks on wide variety of topics. Hiring a great speaker for your event is important and working with a thought leader like Sunjay Nath from Speakers Canada’s roster will engage audiences into the content of the presentation to bring awareness and a fresh perspective for their approach to their work and their lives. Book Sunjay Nath to educate, motivate and activate the audience through an interactive and entertaining presentation at corporate meetings and gatherings.

Known as a popular key note speaker in Canada, Sunjay Nath creates life changing experiences for the participants with practical insights and strategic advice they can implement right after the session. Working with a one our leading expert speaker like Sunjay Nath from Toronto, Ontario offers organizations a fresh perspective to assist the people of the organization. No matter if it is a government, association, or business crowd, Sunjay Nath is a perfect speaker for your event. Through unique practical insights for trending topics and years experience speaking to different organizations, Sunjay Nath focuses on changing individuals to make better decisions at work and their lives. No matter if you are holding an in person or virtual event, having an influential speaker such as Sunjay Nath will engage, motivate, and activate the audience to make a change in their lives and inspire action for results to meet organizational goals. Your workforce will benefit from Sunjay Nath’s presentations and speeches, with measurable results set to shift the people of the organization and core direction of the company. Book Sunjay Nath speaker for your annual general meeting, conference, summit, or convention in Canada.

HOW MUCH DOES IT COST TO BOOK Sunjay Nath FOR A VIRTUAL OR KEYNOTE PRESENTATION?

Sunjay Nath is an expert professional key note speaker with a lot of experience speaking and delivering engaging talks to organizations and audiences in Canada. Each of Speaker Bureau Canada’s talent have different ways to assess their fees, and Sunjay Nath speaker fee ranges depending on the size of the audience, event format (in person or virtual), event location, and if the organization booking them is a non profit, association, government department/government agency or business/corporation. The speakers we work with are flexible with their fees, and it is important for us to learn more about your event before we approach them, as it is our role to work for you, and to help you find a speaker within budget.

Please contact Speakers Bureau of Canada and provide us with your event details so that we can contact Sunjay Nath to check availability or confirm the pricing and associated costs to hire a great speaker like Sunjay Nath for your event. As Sunjay Nath's agent and as a Canadian top speaker bureau and talent agency for speakers, we are able to propose each event opportunity from each host organization’s behalf to try to help you get in touch with Sunjay Nath and confirm them for your in person or online meeting/event. We can also provide and advise on the booking process and potentially negotiate their fee. Speakers Canada is a client focused speaker agency, and we work for you in finding good speakers for your team meetings and booking processes.

Speakers Bureau Canada assists companies and event planning teams seeking to hire talent like Sunjay Nath for speaking engagements, virtual meetings, conference appearances, training sessions and workshops facilitations. Our Canadian speakers bureau does not claim to exclusively represent Sunjay Nath, however they are represented by Speakers Canada, and we work with them closely for their Canadian speaking opportunities and bookings. As Canada’s top speaker bureau, we represent Canadian motivational keynote speakers and professional guest speakers that will be available on your upcoming events date and location that are withing the budget. Our talented bureau speaker booking agency can help find business speakers or celebrity speakers that aligns with each organization, audience, event theme and the topic themes you hope for the speaker to address in their presentation.

When SBC receives a request to book Sunjay Nath we provide you with their speaker fees, travel costs and check their schedules. We work closely with the host organization’s event planning team and the speaker to handle the logistics and to relay or negotiate associated costs. Our talented team members then will work with our talent directly or their agent/manager/assistant to confirm the Canadian speaker fee and travel expenses, so that event planning teams can receive an official quote for the speaker appearing at the event. Speaker fees and travel costs vary per speaker and our role is to contact Sunjay Nath about your event, after we have connected with the event organizers to learn all the event details and/or conference program. Each booking request is unique since session durations and audience sizes can vary which may affect the speaker’s fees. If you are looking to hire Sunjay Nath, we recommend filling out the booking request form so a booking agent from Speakers Bureau Canada can get in touch with our talent to help you coordinate with your team to engage the speaker for a successful event.