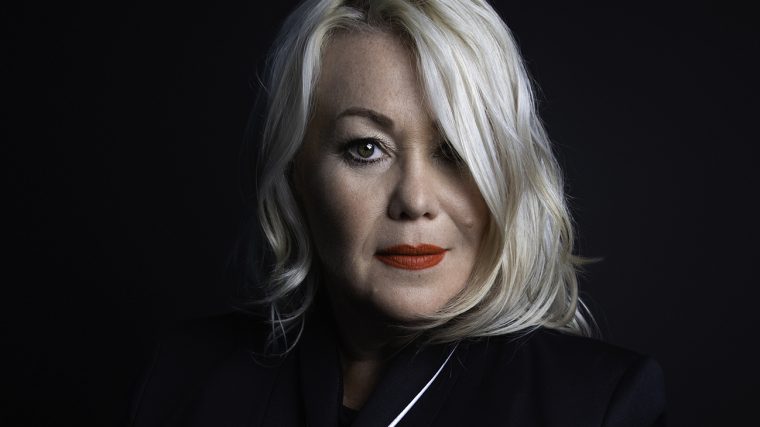 Award Winning Singer and Songwriter, Bestselling Author
Ratings:
Travels From:
Calgary, Alberta
Language Spoken :
Jann Arden can bring a hall full of people to tears through song, only to have them, moments later, rolling in the aisles from her off-the-cuff comedy. Whether performing her music, hosting an event, or telling her deeply personal and affecting stories, Arden's wisdom and wit shine in everything she does. Arden catapulted onto the Canadian music scene in 1993 with the release of her debut album, Time For Mercy. Jann Arden boasts 19 top-10 singles and has received eight Juno Awards, including the Female Artist of the Year and Songwriter of the Year Awards. Jann Arden has also been recognized with 10 SOCAN Awards, four Western Canadian Music Awards, a Much Music Video Award, three Prairie Music Awards, and an Alberta Recording Industry Association Award. She has also been honoured with a star on Canada's Walk of Fame and inducted into the Canadian Association of Broadcasters Hall of Fame.

Jann Arden is a Canadian-born singer, songwriter, broadcaster, and author. The multi-platinum, award-winning performer, burst into the Canadian music scene in 1993 with the release of her debut album “Time For Mercy,” which featured the hit track “I Would Die For You.” A year later, with “Living Under June,” she would have her career break-out single Insensitive, which would consolidate her status in the music world.

Jann Arden has released 11 albums and 19 top-ten hits so far. Her most recent release is Uncover Me2, a diverse selection of songs produced by award-winning Hall of Fame inductee Bob Rock (Metallica, Michael Bublé, Ron Sexsmith).

Jann Arden holds a star on Canada’s Walk of Fame, has been inducted into the Canadian Association of Broadcasters Hall of Fame and has received the Vantage Women of Originality Award.

Jann Arden is a notable novelist as well as a singer/songwriter. She is the author of two books: If I Knew, Don’t You Think I’d Tell You, and I’ll Tell You One Damn Thing, and That’s All I Know. Jann also authored a monthly advice piece for Elle Canada, which ran for a year. Jann’s much-anticipated self-penned memoir, Falling Backwards, was a national bestseller in the fall of 2011.

Jann Arden began her broadcast career in 2010 as the host of Being Jann, an hour-long chat show on CBC Radio, and this year she will serve as a judge for Canada Sings (Global TV). Arden is also the narrator of the famous show ER Vets, and she has created two documentaries, Free and Jann Take Manhattan, all of which received positive reviews.

Jann Arden has been in television sitcoms (Ellen – 1997, Corner Gas – 2005) and multiple guest appearances on the CBC’s Rick Mercer Report. She appeared in The Vagina Monologues, which toured Canada in 2000. She will be on the front cover of Zoomer in April.

Jann Arden is a Canadian original – a brilliant multi-dimensional performer who is just now hitting her stride – whether she is mesmerizing audiences with her emotional song, engaging them with her quick wit, or sharing her written word in a fearlessly honest voice.

Jann Arden keynote speaker is an expert presenter and has a wide range of experience speaking to a wide variety of audiences and organizations. Jann Arden delivers keynotes, workshops & training sessions. They may also host or emcee events. Hire Jann Arden from Calgary, Alberta for your event to inspire the audience to take action and make change in their work and their lives. Your workplace will benefit from our keynote speaker and their keynote talks and speeches will shift the mindsets or behaviours for the audience members in Canada.

Are you looking to hire Jann Arden for your event? Jann Arden Calgary, Alberta is a dynamic and engaging speaker that offers audiences researched content paired with expertise and a dynamic speaking ability. Jann Arden is also a Canadian corporate consultant and coach and facilitates workshops and training sessions for a corporate audience. Jann Arden is an expert keynote presenter and speaks on wide variety of topics. Hiring a great speaker for your event is important and working with a thought leader like Jann Arden from Speakers Canada’s roster will engage audiences into the content of the presentation to bring awareness and a fresh perspective for their approach to their work and their lives. Book Jann Arden to educate, motivate and activate the audience through an interactive and entertaining presentation at corporate meetings and gatherings.

Known as a popular key note speaker in Canada, Jann Arden creates life changing experiences for the participants with practical insights and strategic advice they can implement right after the session. Working with a one our leading expert speaker like Jann Arden from Calgary, Alberta offers organizations a fresh perspective to assist the people of the organization. No matter if it is a government, association, or business crowd, Jann Arden is a perfect speaker for your event. Through unique practical insights for trending topics and years experience speaking to different organizations, Jann Arden focuses on changing individuals to make better decisions at work and their lives. No matter if you are holding an in person or virtual event, having an influential speaker such as Jann Arden will engage, motivate, and activate the audience to make a change in their lives and inspire action for results to meet organizational goals. Your workforce will benefit from Jann Arden’s presentations and speeches, with measurable results set to shift the people of the organization and core direction of the company. Book Jann Arden speaker for your annual general meeting, conference, summit, or convention in Canada.

HOW MUCH DOES IT COST TO BOOK Jann Arden FOR A VIRTUAL OR KEYNOTE PRESENTATION?

Jann Arden is an expert professional key note speaker with a lot of experience speaking and delivering engaging talks to organizations and audiences in Canada. Each of Speaker Bureau Canada’s talent have different ways to assess their fees, and Jann Arden speaker fee ranges depending on the size of the audience, event format (in person or virtual), event location, and if the organization booking them is a non profit, association, government department/government agency or business/corporation. The speakers we work with are flexible with their fees, and it is important for us to learn more about your event before we approach them, as it is our role to work for you, and to help you find a speaker within budget.

Please contact Speakers Bureau of Canada and provide us with your event details so that we can contact Jann Arden to check availability or confirm the pricing and associated costs to hire a great speaker like Jann Arden for your event. As Jann Arden's agent and as a Canadian top speaker bureau and talent agency for speakers, we are able to propose each event opportunity from each host organization’s behalf to try to help you get in touch with Jann Arden and confirm them for your in person or online meeting/event. We can also provide and advise on the booking process and potentially negotiate their fee. Speakers Canada is a client focused speaker agency, and we work for you in finding good speakers for your team meetings and booking processes.

Speakers Bureau Canada assists companies and event planning teams seeking to hire talent like Jann Arden for speaking engagements, virtual meetings, conference appearances, training sessions and workshops facilitations. Our Canadian speakers bureau does not claim to exclusively represent Jann Arden, however they are represented by Speakers Canada, and we work with them closely for their Canadian speaking opportunities and bookings. As Canada’s top speaker bureau, we represent Canadian motivational keynote speakers and professional guest speakers that will be available on your upcoming events date and location that are withing the budget. Our talented bureau speaker booking agency can help find business speakers or celebrity speakers that aligns with each organization, audience, event theme and the topic themes you hope for the speaker to address in their presentation.

When SBC receives a request to book Jann Arden we provide you with their speaker fees, travel costs and check their schedules. We work closely with the host organization’s event planning team and the speaker to handle the logistics and to relay or negotiate associated costs. Our talented team members then will work with our talent directly or their agent/manager/assistant to confirm the Canadian speaker fee and travel expenses, so that event planning teams can receive an official quote for the speaker appearing at the event. Speaker fees and travel costs vary per speaker and our role is to contact Jann Arden about your event, after we have connected with the event organizers to learn all the event details and/or conference program. Each booking request is unique since session durations and audience sizes can vary which may affect the speaker’s fees. If you are looking to hire Jann Arden, we recommend filling out the booking request form so a booking agent from Speakers Bureau Canada can get in touch with our talent to help you coordinate with your team to engage the speaker for a successful event.