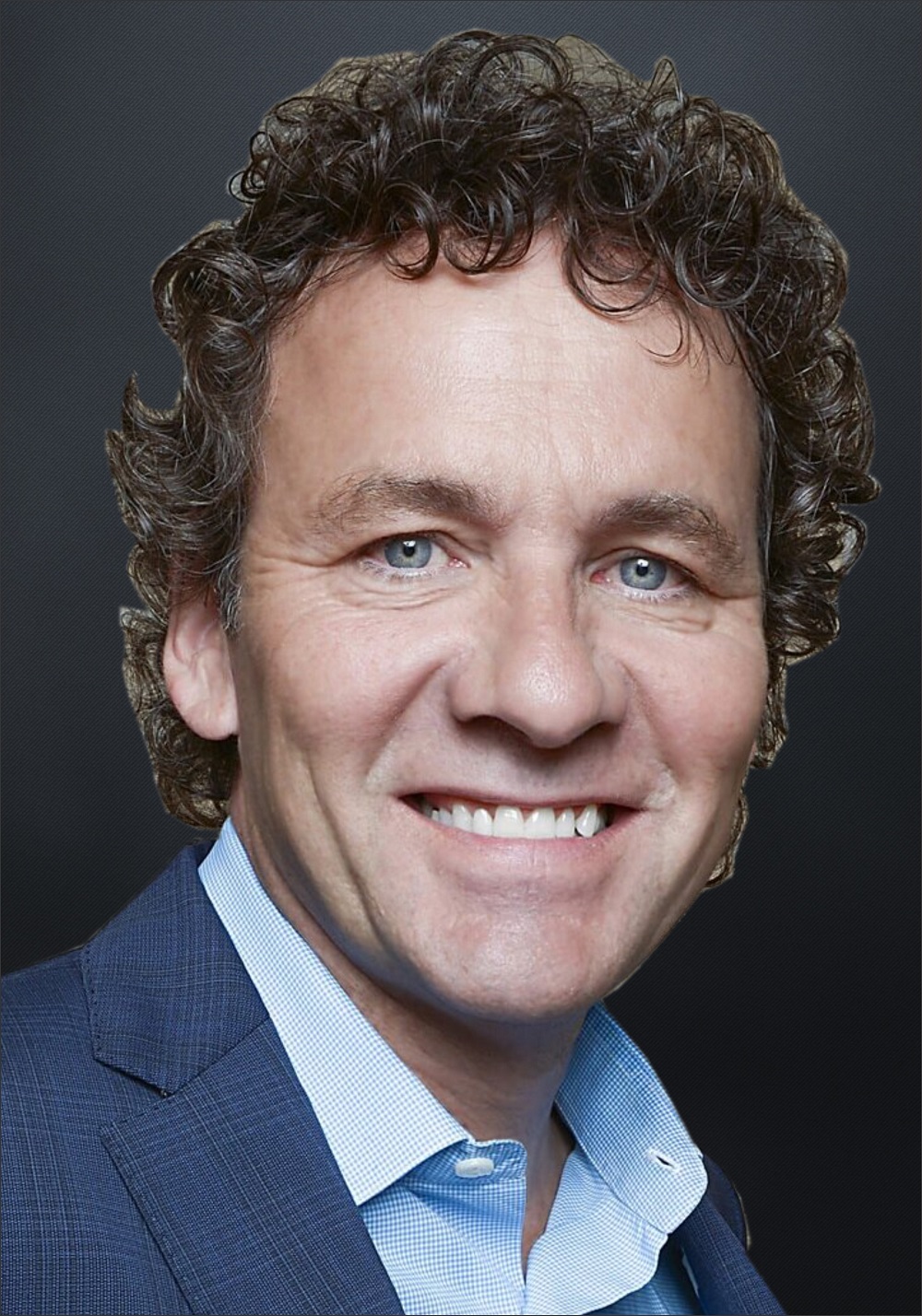 Tony Chapman is a recipient of over 100 Gold and Best of Show Awards, Agency of the Year and his cumulative contributions to the industry over three decades were recognized when he was inducted as one of the youngest members of the Marketing Hall of Legends (2008). Four different television documentaries have featured his approach to audience engagement. Five years ago Tony sold all of his interests to freely speak his mind in the media, Host and Deliver Inspirational Keynote Events at Conferences around the world. The media has labelled Tony Chapman a Branding Guru and Master Strategist.  Audiences consistently rank him 9+ and describe his talks as highly relevant, provocative, engaging, and electrifying. Tony draws upon his three decades of experience as a consumer expert and business strategist, helping multi-national and entrepreneurial organizations build profitable market campaigns to deliver personalized presentations that are inspirational, motivational, relevant, and actionable.

Tony Chapman is renowned for his ability to turn a Q&A session into a segment of immense value to the audience through his ability to demonstrate in real-time how the lessons he has shared can be applied to any individual or business. Tony is a frequent contributor to the conversation on television, radio, and national newspapers. He is also the host of the podcast Chatter that Matters, the 2020 Small Business Matters Podcast with RBC, and the host of The Dales Report, a video magazine targeting do-it-yourself- investors. His unique perspective was evident as a judge on the Food Network’s hit “Recipe to Riches,” and as the host of City TV’s “Nissan Innovation Challenge.” Tony appears in weekly segments on consumerism: on Global TV’s Morning and on Jerry Agar’s radio show. He has co-hosted the Global Morning Show, BNN, and the Live Drive on 1010. Tony Chapman is one of the youngest members to be inducted into the Marketing Hall of Legends, testament to a career where he founded and built two internationally renowned communications agencies and a research firm.

Five years ago, he sold all of his assets to freely speak his mind at conferences and in the media. Tony Chapman has delivered inspirational and transformational Keynotes on what motivates behaviour in China, Brazil, Spain, Scotland, Poland, UK, Mexico and across North America. Tony has hosted conferences in the healthcare, technology, hospitality, retail and educational sectors. Tony is a daily contributor to the conversation on television, radio, in newspapers and new media. Tony Chapman is one of Canada’s leading communication experts. The media has labelled him a Marketing Guru and he is an authority on how to build brands and sell strategically and profitably in today’s volatile marketplace. Tony Chapman has been at the forefront of pioneering innovative marketing and sales tactics, including social media, and many consider him a trailblazer for the strategies he has deployed to reinvent how companies engage with their consumers and customers and navigate the changing landscape.

Tony Chapman has founded and successfully sold two internationally renowned advertising agencies, Communique and Capital C, and co-founded Fresh Intelligence. Two international documentaries and two national one’s feature his approach to consumer engagement. You might recognize Tony as a Judge on Food Networks Recipe to Riches, as the Host of the Nissan Innovation Channel on CITY TV or his weekly segments on Bloomberg BNN, Global Television and Bell Radio. Tony Chapman was the driving force behind such campaigns as “Land of Cadbury, Pepsi Pop Life, PepsiCo Wal-Mart USA Growth Strategy, Bridezilla, Kraft Hockeyville, Dove Sleepover for Self Esteem, Sun Life Money for Life and the Nissan Innovation Challenge”. His agencies have collectively won over 100 national and international awards including the much-coveted Agency of the Year. Tony Chapman has worked with organizations locally and globally, in the private, public and not-for-profit sectors.

Beyond his role as a Founder and CEO, Tony Chapman’s body of work includes being a host, facilitator, strategic creator, provocative debater, and keynote speaker at conferences around the world. He is also a noted contributor on television and radio, with weekly appearances on prime-time television and radio, and has been featured in documentaries on the CBC, the BBC and Australian Television. Passionate, provocative, opinionated and relevant, with an engaging personality, he speaks on a range of issues including consumerism, business strategy, politics, the economy, as well as branding and marketing. He is a mentor who shares his knowledge with students and invests in the next generation of media entrepreneurs. A visionary and builder, Tony Chapman’s

Tony Chapman is passionate about his work and enthusiastic about sharing his experience with the next generation of entrepreneurs. He is sought after as a motivational and keynote speaker at major conferences around the world. When Tony delivers a presentation, the audience benefits from three decades of experience in the industry, and a breadth of knowledge that comes from working with global brands from a variety of sectors. He is a vital resource for Toronto marketing consultants. He has the ability to help individuals and organizations tap into their resources and position themselves for growth. Using his ability to hone in on the target audiences, he creates customized and individualized talks designed to inspire and motivate. Most importantly, attendees leave Tony’s presentations with actionable strategies that they can apply to their work and marketplace immediately.

How to get heard in the Age of Noise - Master storytelling to engage the ‘head, heart and hands’ of any audience

From a Place to Buy to the Place to Be How bricks can counter clicks by minding their P’s but owning their B’s.

Stop Telling Your Story, Become Part of Mine - How to get the attention of the people that matter most to you

Reciprocity - How to give, share, create and collaborate to gain the trust and loyalty of others

Tony Chapman keynote speaker is an expert presenter and has a wide range of experience speaking to a wide variety of audiences and organizations. Tony Chapman delivers keynotes, workshops & training sessions. They may also host or emcee events. Hire Tony Chapman from Toronto, Ontario for your event to inspire the audience to take action and make change in their work and their lives. Your workplace will benefit from our keynote speaker and their keynote talks and speeches will shift the mindsets or behaviours for the audience members in Canada.

Are you looking to hire Tony Chapman for your event? Tony Chapman Toronto, Ontario is a dynamic and engaging speaker that offers audiences researched content paired with expertise and a dynamic speaking ability. Tony Chapman is also a Canadian corporate consultant and coach and facilitates workshops and training sessions for a corporate audience. Tony Chapman is an expert keynote presenter and speaks on wide variety of topics. Hiring a great speaker for your event is important and working with a thought leader like Tony Chapman from Speakers Canada’s roster will engage audiences into the content of the presentation to bring awareness and a fresh perspective for their approach to their work and their lives. Book Tony Chapman to educate, motivate and activate the audience through an interactive and entertaining presentation at corporate meetings and gatherings.

Known as a popular key note speaker in Canada, Tony Chapman creates life changing experiences for the participants with practical insights and strategic advice they can implement right after the session. Working with a one our leading expert speaker like Tony Chapman from Toronto, Ontario offers organizations a fresh perspective to assist the people of the organization. No matter if it is a government, association, or business crowd, Tony Chapman is a perfect speaker for your event. Through unique practical insights for trending topics and years experience speaking to different organizations, Tony Chapman focuses on changing individuals to make better decisions at work and their lives. No matter if you are holding an in person or virtual event, having an influential speaker such as Tony Chapman will engage, motivate, and activate the audience to make a change in their lives and inspire action for results to meet organizational goals. Your workforce will benefit from Tony Chapman’s presentations and speeches, with measurable results set to shift the people of the organization and core direction of the company. Book Tony Chapman speaker for your annual general meeting, conference, summit, or convention in Canada.

HOW MUCH DOES IT COST TO BOOK Tony Chapman FOR A VIRTUAL OR KEYNOTE PRESENTATION?

Tony Chapman is an expert professional key note speaker with a lot of experience speaking and delivering engaging talks to organizations and audiences in Canada. Each of Speaker Bureau Canada’s talent have different ways to assess their fees, and Tony Chapman speaker fee ranges depending on the size of the audience, event format (in person or virtual), event location, and if the organization booking them is a non profit, association, government department/government agency or business/corporation. The speakers we work with are flexible with their fees, and it is important for us to learn more about your event before we approach them, as it is our role to work for you, and to help you find a speaker within budget.

Please contact Speakers Bureau of Canada and provide us with your event details so that we can contact Tony Chapman to check availability or confirm the pricing and associated costs to hire a great speaker like Tony Chapman for your event. As Tony Chapman's agent and as a Canadian top speaker bureau and talent agency for speakers, we are able to propose each event opportunity from each host organization’s behalf to try to help you get in touch with Tony Chapman and confirm them for your in person or online meeting/event. We can also provide and advise on the booking process and potentially negotiate their fee. Speakers Canada is a client focused speaker agency, and we work for you in finding good speakers for your team meetings and booking processes.

Speakers Bureau Canada assists companies and event planning teams seeking to hire talent like Tony Chapman for speaking engagements, virtual meetings, conference appearances, training sessions and workshops facilitations. Our Canadian speakers bureau does not claim to exclusively represent Tony Chapman, however they are represented by Speakers Canada, and we work with them closely for their Canadian speaking opportunities and bookings. As Canada’s top speaker bureau, we represent Canadian motivational keynote speakers and professional guest speakers that will be available on your upcoming events date and location that are withing the budget. Our talented bureau speaker booking agency can help find business speakers or celebrity speakers that aligns with each organization, audience, event theme and the topic themes you hope for the speaker to address in their presentation.

When SBC receives a request to book Tony Chapman we provide you with their speaker fees, travel costs and check their schedules. We work closely with the host organization’s event planning team and the speaker to handle the logistics and to relay or negotiate associated costs. Our talented team members then will work with our talent directly or their agent/manager/assistant to confirm the Canadian speaker fee and travel expenses, so that event planning teams can receive an official quote for the speaker appearing at the event. Speaker fees and travel costs vary per speaker and our role is to contact Tony Chapman about your event, after we have connected with the event organizers to learn all the event details and/or conference program. Each booking request is unique since session durations and audience sizes can vary which may affect the speaker’s fees. If you are looking to hire Tony Chapman, we recommend filling out the booking request form so a booking agent from Speakers Bureau Canada can get in touch with our talent to help you coordinate with your team to engage the speaker for a successful event.