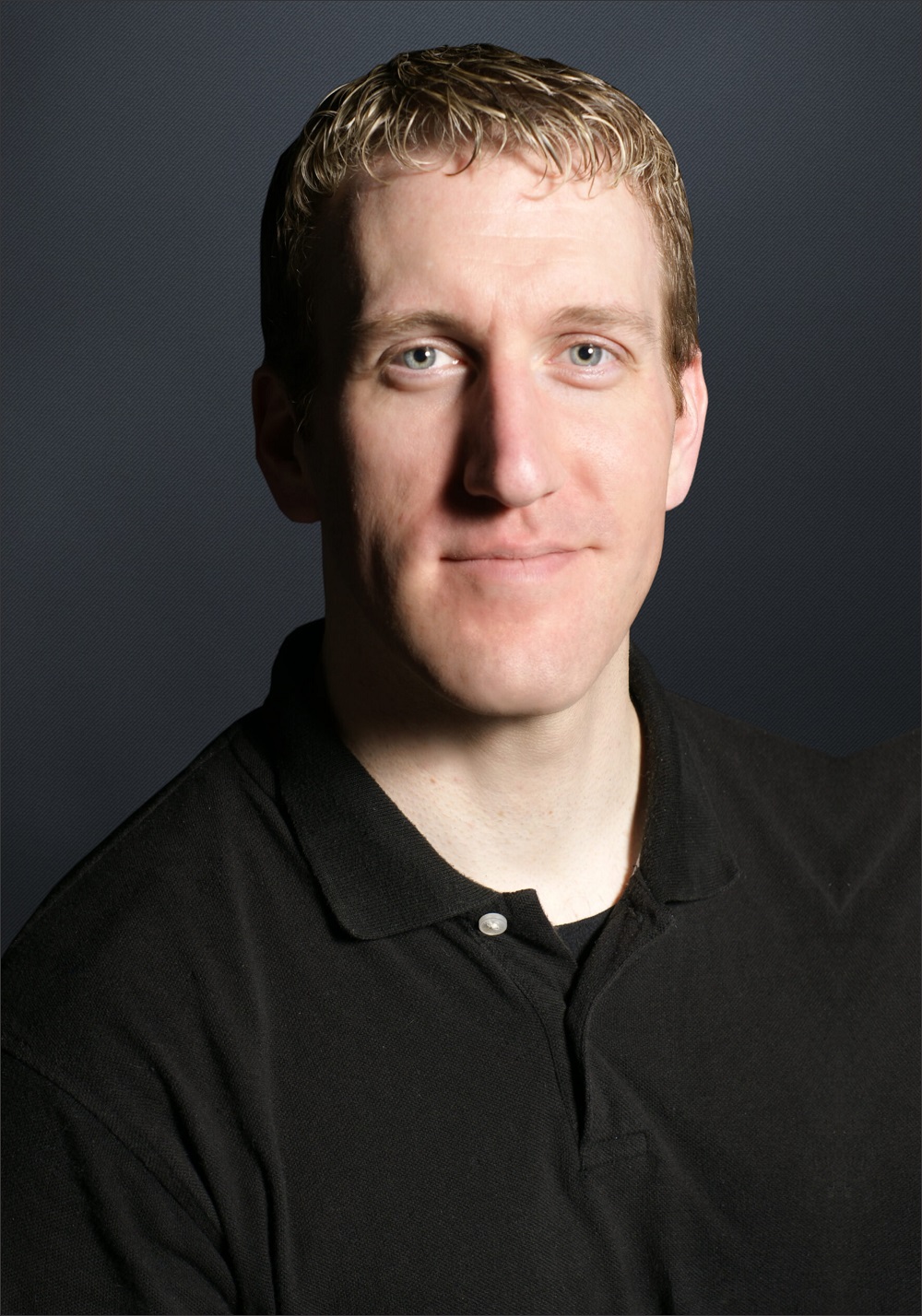 After graduating with an honours degree in psychology, Jeff Fox entered the world of dance in the fall of 2000 almost by accident, investigating an ad out of curiosity, and he hasn’t looked back. Working as a full-time instructor, choreographer and competitor, Jeff Fox has taught hundreds of students and won professional titles in American Smooth, Rhythm, Theatre Arts and Showdance.

In addition to his ballroom work, Jeff Fox is a double black belt martial artist and creates lyrical contemporary work focusing on the universal experiences we all share, which has been featured in festivals across southern Ontario, Canada.

Jeff Fox and Trevor Copp met as colleagues during their shared tenure with Fred Astaire’s Canada and remained friends after Copp retired from teaching. They would dance at social occasions where they developed their “playing fair” method of sharing the lead, which caught the eye of local dramaturge, Lisa O’Connell. Thus began the theatrical collaboration which led to the creation of a full-length Ballroom Dance/Theatre production, “First Dance,” about the development of the first dance for a same-sex wedding.

Through building the show they formalized their “Liquid Lead” concept and continue to tour the piece at regional professional theatres, festivals and even as part of an international dance festival in Tirana, Albania. In 2015 Alida Esmail, a former student of Copp’s, championed the TEDx Montreal proposal and graciously volunteered to help the Fox and Copp demonstrate their work, Liquid Lead Dancing on the TEDx stage.

Jeff Fox keynote speaker is an expert presenter and has a wide range of experience speaking to a wide variety of audiences and organizations. Jeff Fox delivers keynotes, workshops & training sessions. They may also host or emcee events. Hire Jeff Fox from Toronto, Ontario for your event to inspire the audience to take action and make change in their work and their lives. Your workplace will benefit from our keynote speaker and their keynote talks and speeches will shift the mindsets or behaviours for the audience members in Canada.

Are you looking to hire Jeff Fox for your event? Jeff Fox Toronto, Ontario is a dynamic and engaging speaker that offers audiences researched content paired with expertise and a dynamic speaking ability. Jeff Fox is also a Canadian corporate consultant and coach and facilitates workshops and training sessions for a corporate audience. Jeff Fox is an expert keynote presenter and speaks on wide variety of topics. Hiring a great speaker for your event is important and working with a thought leader like Jeff Fox from Speakers Canada’s roster will engage audiences into the content of the presentation to bring awareness and a fresh perspective for their approach to their work and their lives. Book Jeff Fox to educate, motivate and activate the audience through an interactive and entertaining presentation at corporate meetings and gatherings.

Known as a popular key note speaker in Canada, Jeff Fox creates life changing experiences for the participants with practical insights and strategic advice they can implement right after the session. Working with a one our leading expert speaker like Jeff Fox from Toronto, Ontario offers organizations a fresh perspective to assist the people of the organization. No matter if it is a government, association, or business crowd, Jeff Fox is a perfect speaker for your event. Through unique practical insights for trending topics and years experience speaking to different organizations, Jeff Fox focuses on changing individuals to make better decisions at work and their lives. No matter if you are holding an in person or virtual event, having an influential speaker such as Jeff Fox will engage, motivate, and activate the audience to make a change in their lives and inspire action for results to meet organizational goals. Your workforce will benefit from Jeff Fox’s presentations and speeches, with measurable results set to shift the people of the organization and core direction of the company. Book Jeff Fox speaker for your annual general meeting, conference, summit, or convention in Canada.

HOW MUCH DOES IT COST TO BOOK Jeff Fox FOR A VIRTUAL OR KEYNOTE PRESENTATION?

Jeff Fox is an expert professional key note speaker with a lot of experience speaking and delivering engaging talks to organizations and audiences in Canada. Each of Speaker Bureau Canada’s talent have different ways to assess their fees, and Jeff Fox speaker fee ranges depending on the size of the audience, event format (in person or virtual), event location, and if the organization booking them is a non profit, association, government department/government agency or business/corporation. The speakers we work with are flexible with their fees, and it is important for us to learn more about your event before we approach them, as it is our role to work for you, and to help you find a speaker within budget.

Please contact Speakers Bureau of Canada and provide us with your event details so that we can contact Jeff Fox to check availability or confirm the pricing and associated costs to hire a great speaker like Jeff Fox for your event. As Jeff Fox's agent and as a Canadian top speaker bureau and talent agency for speakers, we are able to propose each event opportunity from each host organization’s behalf to try to help you get in touch with Jeff Fox and confirm them for your in person or online meeting/event. We can also provide and advise on the booking process and potentially negotiate their fee. Speakers Canada is a client focused speaker agency, and we work for you in finding good speakers for your team meetings and booking processes.

Speakers Bureau Canada assists companies and event planning teams seeking to hire talent like Jeff Fox for speaking engagements, virtual meetings, conference appearances, training sessions and workshops facilitations. Our Canadian speakers bureau does not claim to exclusively represent Jeff Fox, however they are represented by Speakers Canada, and we work with them closely for their Canadian speaking opportunities and bookings. As Canada’s top speaker bureau, we represent Canadian motivational keynote speakers and professional guest speakers that will be available on your upcoming events date and location that are withing the budget. Our talented bureau speaker booking agency can help find business speakers or celebrity speakers that aligns with each organization, audience, event theme and the topic themes you hope for the speaker to address in their presentation.

When SBC receives a request to book Jeff Fox we provide you with their speaker fees, travel costs and check their schedules. We work closely with the host organization’s event planning team and the speaker to handle the logistics and to relay or negotiate associated costs. Our talented team members then will work with our talent directly or their agent/manager/assistant to confirm the Canadian speaker fee and travel expenses, so that event planning teams can receive an official quote for the speaker appearing at the event. Speaker fees and travel costs vary per speaker and our role is to contact Jeff Fox about your event, after we have connected with the event organizers to learn all the event details and/or conference program. Each booking request is unique since session durations and audience sizes can vary which may affect the speaker’s fees. If you are looking to hire Jeff Fox, we recommend filling out the booking request form so a booking agent from Speakers Bureau Canada can get in touch with our talent to help you coordinate with your team to engage the speaker for a successful event.